A man of God has had his life cut short after bandits murdered him and his son. 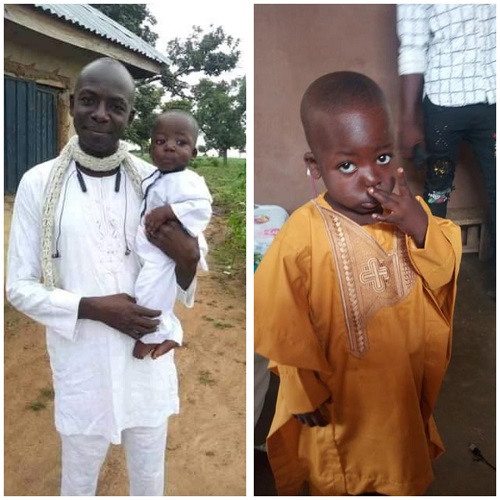 Pastor Markus and his son killed by bandits
Bandits have stormed a community in Niger state killing a pastor and his son.
The 39-year-old missionary and evangelist has been identified as Pastor Leviticus Makpa Markus and his 2-year-old son, Godsend Makpa.
Details of the incident are still sketchy at the time of this report, however, it was gathered that bandits few days ago, attacked Kamberi village where the University of Jos graduate was serving as a missionary and slaughered him and his son while his wife managed to escape with their daughter.
Father and son were laid to rest after a service of songs at the family house in Suleja, Niger State on Sunday evening, May 23.
Meanwhile, condolence messages and tributes have continued to pour in from friends, former classmates and colleagues.
One Samuel Solomon described the late missionary as a "rugged foot soldier of Christ"
"My heart is heavy. Bandits killed a rugged foot soldier of Christ. They shot him and his son....both died. The wife and daughter escaped. This is just an attempt to wipe out Christianity in the region....he has no money, in fact the community he is serving has no government presence so what were the gun men looking for? Definitely it couldn't have been money....their mission was to wipe the Church," he wrote.
"Late missionary Leviticus Makpa was serving in Niger state, a remote village that has no school....they started the only school in the village and raised many souls. Below were the messages he sent to me two days ago....rejoicing over the new location they got. He came for the last wine conference ....we had planned how to adopt him as a missionary but painfully he has joined the league of martyrs in heaven....his blood will testify over the land and also against the insecurity of a corrupt administration,"
"This is a general indeed...bandits came against them, they hid in the cave to save their lives...after they left, he went back to the field with his family....how many of us can do this? He eventually lost his life and that of his son....the wife and daughter escaped.
"He knew his life was a stake but burden for souls won't let him run away from the field. I want to appeal to all well meaning Christians to assist the widow and daughter he left behind. We must see to it that they do not suffer, the daughter must get the best education possible. He was a general! May his soul rest in peace" 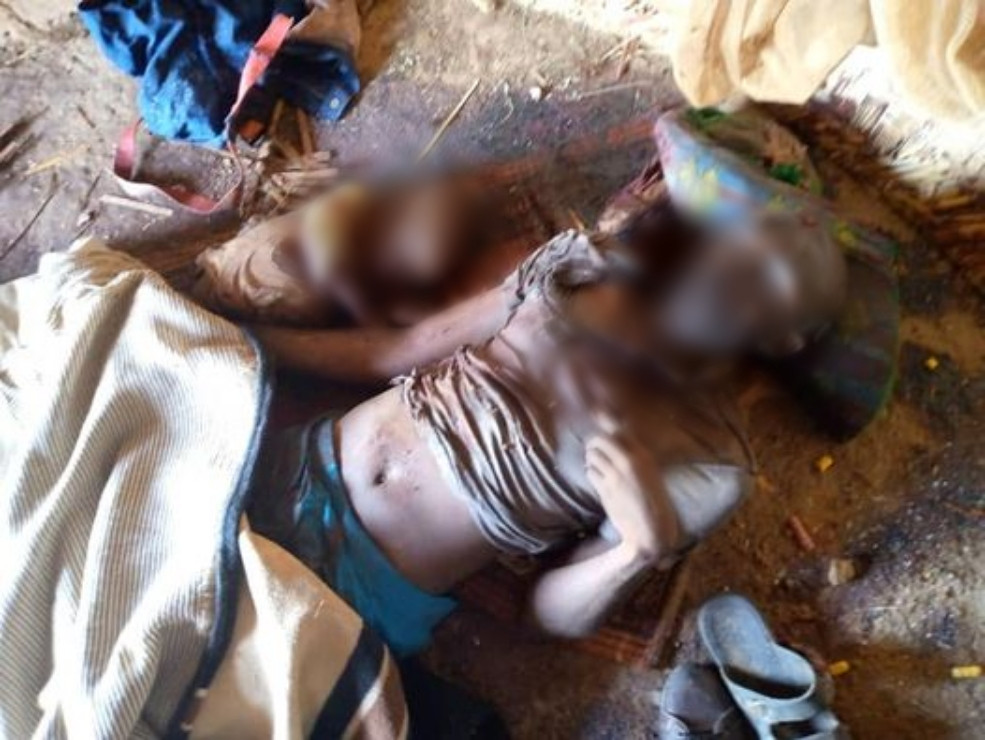 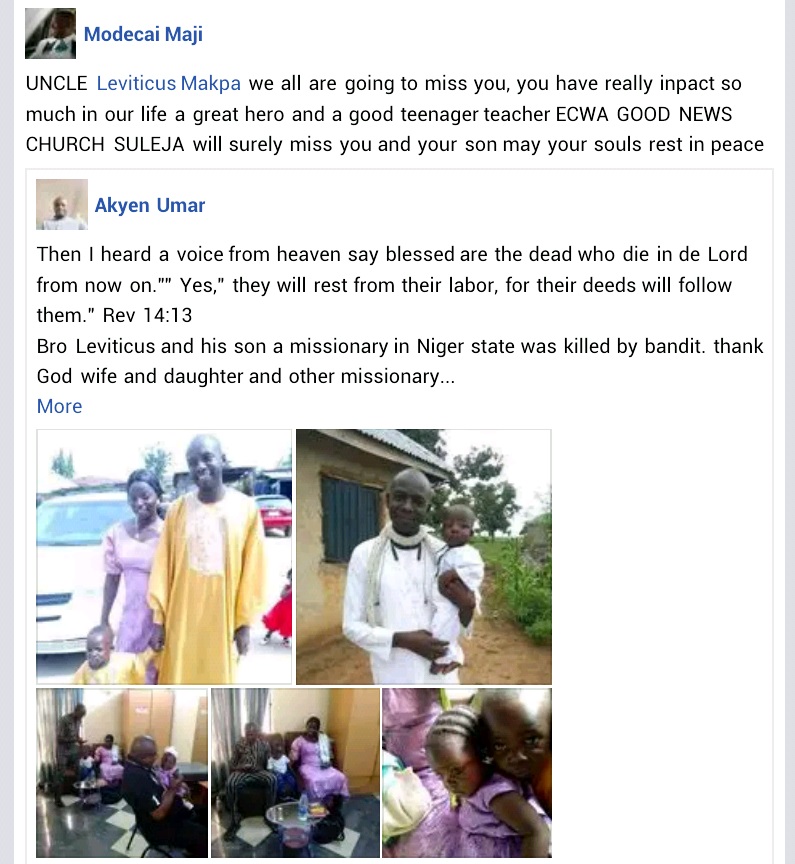