Man Left Bedridden After Fasting For 33 Days, Begging God To Give Him A Lamborghini


A man has passed out while fasting for God to give him a Lamborghini car worth millions of naira. 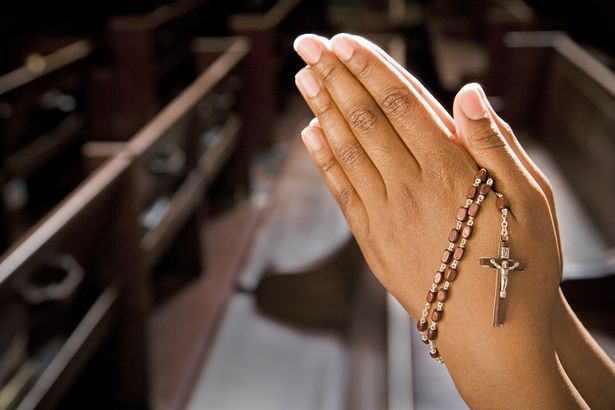 Prayer
A man has been left bedridden after fasting for 33 days begging God to give him a Lamborghini car worth thousands of dollars.
According to DailyStar, the deeply religious man identified as Mark Muradzira became convinced that a fast of 40 days and 40 nights would be enough to make God give him the luxury car, but passed out after 33 days
He also requested that God blesses his girlfriend with her dream car.
Mark Muradzira, a Youth Leader of Risen Saints Church in Bindura, central Zimbabwe, hid out in remote mountain country to prevent him from being tempted to eat, reports the Mbare Times.
Luckily concerned friends tracked him down after just 33 days and took the emaciated 27-year-old to Bindura General Hospital where he is said to be showing signs of recovery.
Muradzira, who is unemployed, was desperate to gives girlfriend the car she wanted and with no way of finding the £150,000 or so he needed, decided that a 40 day fast might encourage God to help him out.
Unfortunately, the plan didn’t quite work. His church leader Bishop Mawuru said: "He should at least have fasted for a job since he is unemployed."
Muradzira’s fellow churchgoers started trying to raise enough money to buy their hapless co-religionist a £150k Lambo, but the fundraiser sputtered out at around the £30 mark.
The money they managed to raise has since been diverted to help settle Muradzira’s hefty medical bill.
It’s not clear for how long Muradzira went without water as well as food. A human being can theoretically last up to three weeks without food. Mahatma Gandhi reportedly survived a 21-day fast.
However, going for much more than three or four days without water would lead to serious health problems and a week is probably the outside limit.
Claude Piantadosi of Duke University told Fox News: "You can go 100 hours without drinking at an average temperature outdoors.
"If it’s cooler, you can go a little longer. If you are exposed to direct sunlight, it’s less."
Top Stories