Investigators believe the 39-year-old tragically died attempting to get his phone back after dropping it in the model and becoming trapped. 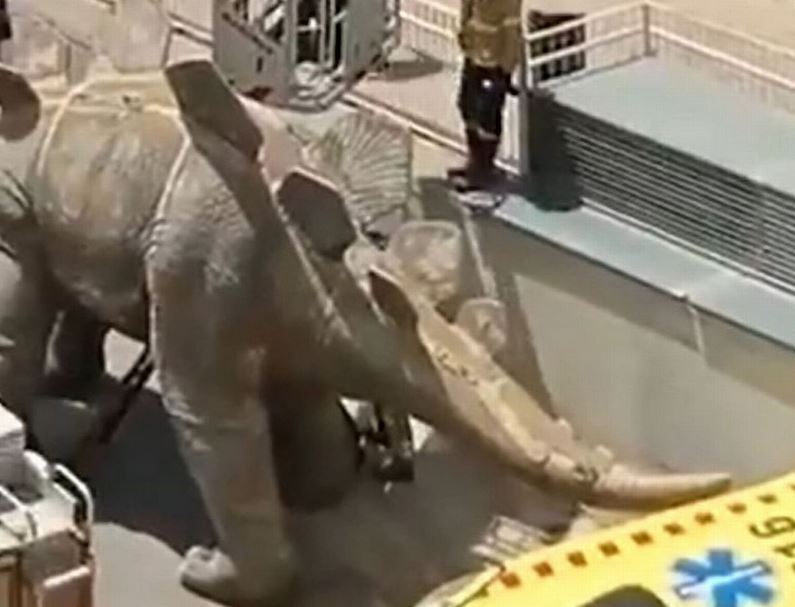 The dead body of a man who was declared missing was found trapped inside a giant dinosaur stature.

Investigators believe the 39-year-old tragically died attempting to get his phone back after dropping it in the model and becoming trapped.

However, the is no obvious indication as to how he originally entered the stegosaurus.

A disturbing odour from the papier-mâché figure in the Barcelona suburb of Santa Coloma de Gramenet was smelt by a father and son on Saturday.

On closer inspection, the dad spotted the corpse through a crack in a rear leg of the hollow beast, BBC News reports.

He then called the police who said the man’s family had reported him missing and no one else is understood to have been involved in his death.

A spokesperson for local law enforcement, Mossos d’Esquadra told VICE World News that the cause of death is yet to be confirmed but admitted investigators suspect the man became wedged head-first, unable to call for help.

They said: “We have no reason to believe that his death is criminal. We think he got stuck in the leg after dropping something.”

Three fire brigade teams were called to the cut-open the dinosaur leg so the corpse could be pulled from inside it.