A Masters Degree holder employed by Lagos state government has been sacked after he revealed his paltry salary. 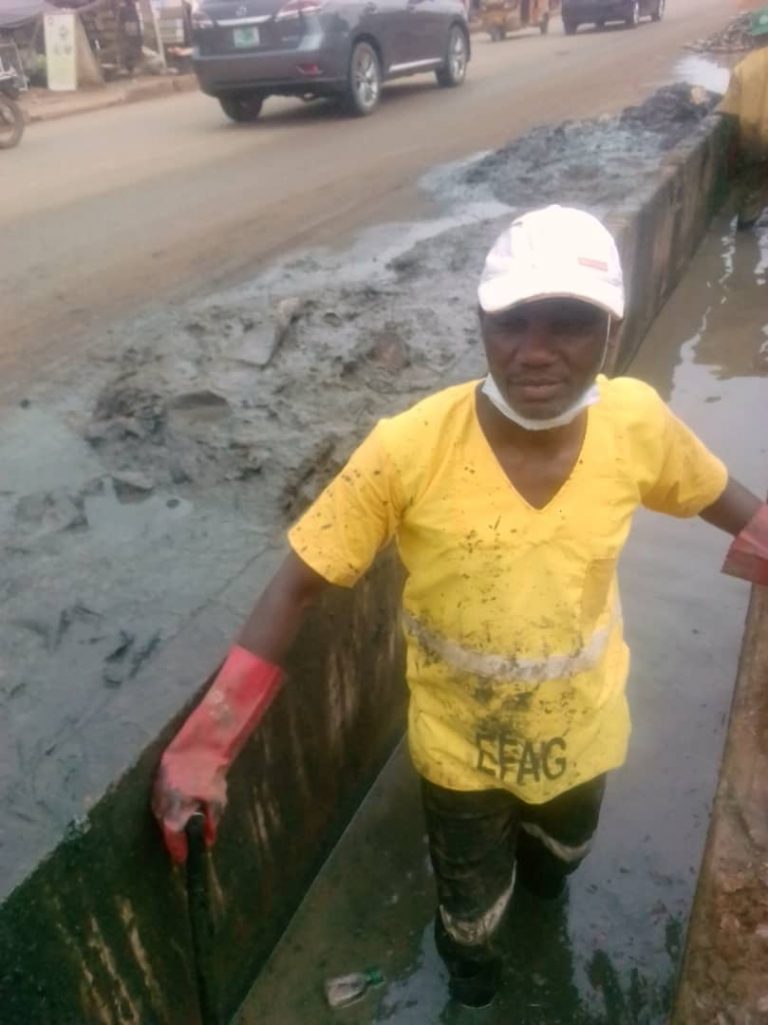 Toyemej
A young masters degree holder employed by the Lagos State Ministry has been sacked for revealing that he is being paid N35,000 a month.
The graduate and Masters Degree holder identified as Mr. Toyemej Joseph Juwonlo revealed that he was offered N35,000 every month as salary to clean drainages in Ikotun area of the state got sacked because the ministry wanted to keep his salary secret.
P.M.EXPRESS has confirmed his sack.
Juwonlo is a father of three children, who is from Badagry area of Lagos.
The Ministry officials were said to have become angry after the conditions of service were made public and the Governor asked to know why he was engaged with such ridiculous salary even as a Lagosian.
However, instead of addressing the issue as requested by the Governor, he was asked to stop work without payment for the days he had cleaned drainages in the state.
The embattled Juwonlo started work last month and had to trek from his house at Meiran area to Ikotun every morning to do the job after the Lagos State Ministry of the Environment and Water Resources had engaged him as Drainage Supervisor – meaning to clean gutters at the Ikotun axis.
P.M.EXPRESS had reported that Juwonlo was engaged without any appointment letter and he was not sure of the condition of the work he was employed to do. With the sacked, the Ministry of the Environment and Water Resources has confirmed that he can be sacked without payment for the number of days he had cleaned the drainages.
The 49-year old Juwonlo studied Banking and Finance as first degree before he went for his Masters in Business Financing and had worked many places before he started his own business as a freight forwarder, which eventually collapsed due to the economic situation in the country.
He was said to have been out of job since 2014 and could not feed his family. The embattled Juwonlo said that for the past seven years, he had written several applications, looked for both Government and private jobs to no avail before he was informed about the work to clean drainages under the Ministry and he decided to take the job instead of continuing to stay idle.
He had earlier said that he did not know his fate in the job and did not know if it was a contract job or not but was told that it was from the Ministry.
Juwonlo’s condition attracted many reactions from members of the public in Ikotun area, where he worked as many stressed that it was indicative that the Government is not ready to assist its citizens.
Despite the meagre salary offered Juwonlo, which will not take care of his wife and children, his tale of woes has been compounded by the Government Ministry by sacking him from the job just for disclosing his salary.
Top Stories