A politician in Niger state has been arrested for an employment scam by the EFCC. 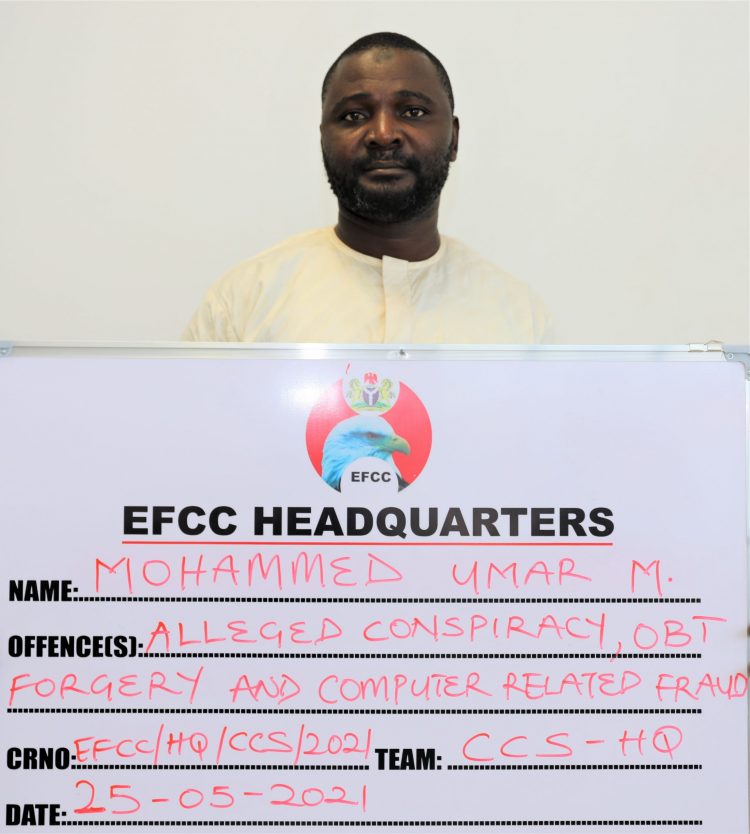 Umar
Operatives of the Economic and Financial Crimes Commission have arrested a politician, Mohammed Umar in Niger state.
The Niger politician was arrested on Tuesday, May 18, 2021, for an alleged employment scam.
The anti-graft commission received a petition from a victim who alleged that the politician defrauded him through a fake employment offer with the Nigeria Customs Service.
The petitioner detailed that Umar requested for the sum of N750, 000 from the victim to facilitate the employment.
However, the victim gave him a deposit of N200, 000 and promised to pay the balance when he gets his appointment letter.
The victim was issued an appointment letter, but upon presentation, it was discovered to be fake.
The distraught victim consequently petitioned the EFCC, leading to the arrest of the suspect.
Accomplice to the crime, one Alhaji Isa Musa is still at large.
Wilson Uwujaren EFCC Head, Media & Publicity in a statement on Tuesday noted that Umar will be charged to court when investigation is concluded.
Top Stories