four teenagers have landed in the police net after allegedly stealing goats in Kano. 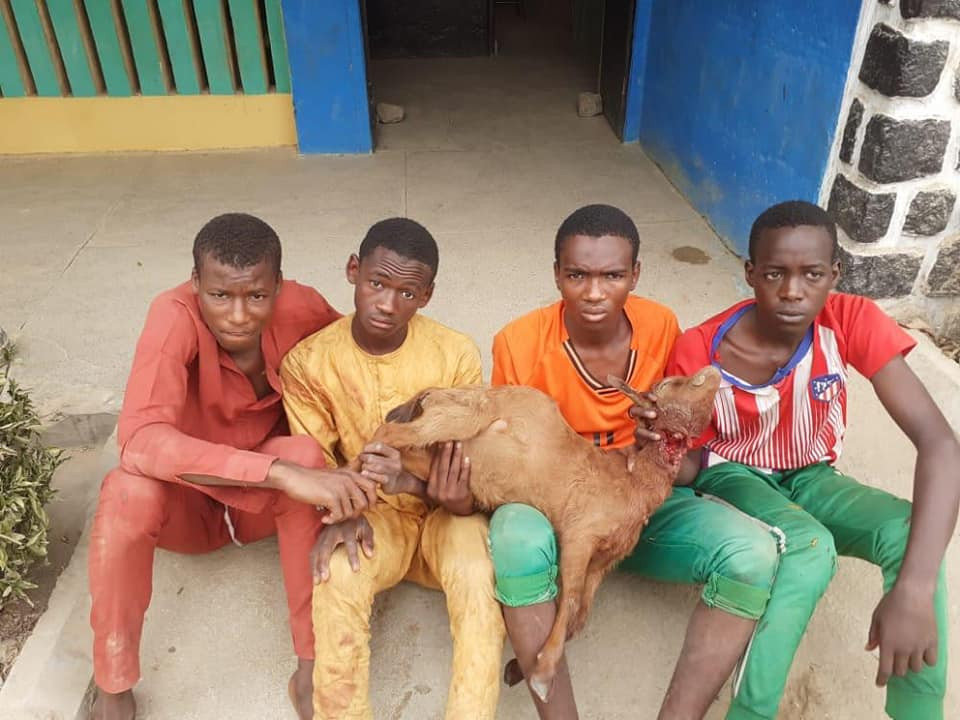 The teenagers arrested for stealing a goat
Policemen in Kano State have apprehended four thieves.
The four teenagers were arrested over alleged theft of goats in Sani Mainagge quarters area of the state.
Spokesperson of the command, DSP Abdullahi Haruna Kiyawa, who disclosed this in a statement on Tuesday, May 25, said the teenage suspects specialise in livestock theft.
"On the 08/05/2021at about 1600hrs, information was received from a good Samaritan that, some young men were seen in a Tricycle with some goats suspected to be stolen. On receipt of the report, team of Operation Puff Adder immediately rushed to the scene, upon sighting the Police, the suspects took to their heels," he stated.
"Four (4) of the following suspects were arrested, one Aminu Musa, age 18 years old, Sani Abdullahi, age 18 years old, Huzaifa Jafar, age 18 years old and Rabiu Lukman, age 17 years old, all ‘m’ of Sani Mainagge quarters, Kano State.
"A Tricycle and Two (2) Goats, one (1) of the goat was already slaughtered by the suspects were all recovered in their possession. Effort is ongoing to arrest other fleeing suspects as investigation is in Progress. The suspects will be charge to court upon completion of investigation."
Top Stories