The palace was vandalised as the people of Brass were protesting against the Nigerian Agip Oil Company over a prolonged power outage, refusal to pay indigenous contractors and non-compliance with its corporate social responsibility in its host communities. 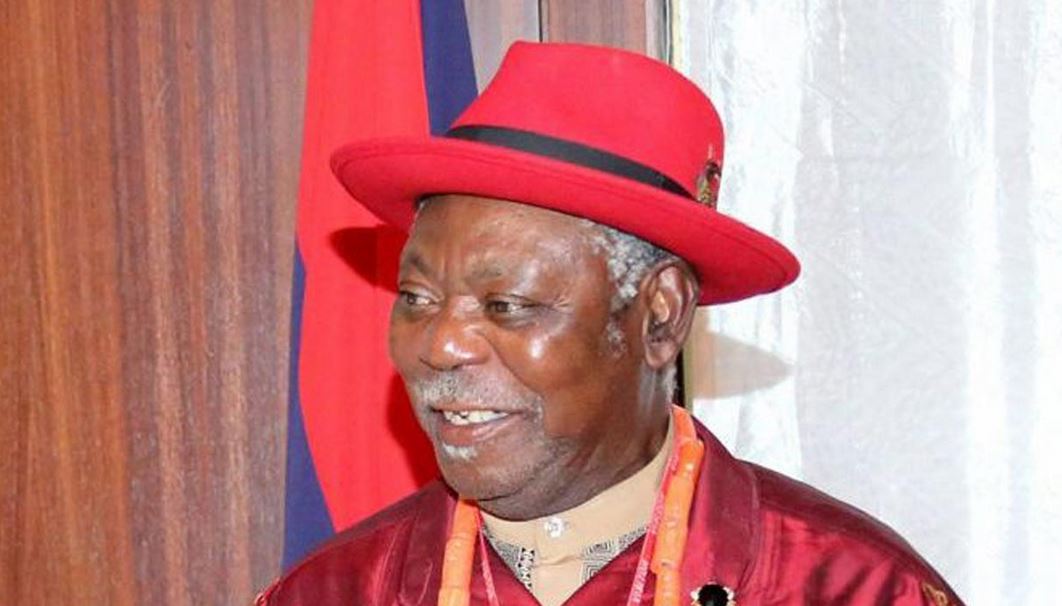 There was palpable tension as the palace of Former Military Governor of Rivers State, Alfred Diete-Spiff’s was destroyed by thugs in Twon-Brass, Southern Bayelsa State.

The people of Brass were protesting against the Nigerian Agip Oil Company (NAOC) over a prolonged power outage, refusal to pay indigenous contractors and non-compliance with its corporate social responsibility in its host communities.

King Alfred Diette-Spiff who is the chairman of the Bayelsa State Traditional Rulers Council was the first military governor of the old Rivers State.

The Palace of the Amayanabo of Twon-Brass, Bayelsa State, King Alfred Diette-Spiff vandalized by hoodlums.pic.twitter.com/nLdYFOHZVN

Responding to the incident, the Brass chapter of the Ijaw Youths Council (IYC) condemned the attack on Diete-Spiff, saying it would not condone any disrespect for the monarch from indigenes or foreigners.

In statement issued by its Chairman, Hello Richard and representative of the Ijaw clan, Benjamin Tustin, the group said: “Our attention has been drawn to the shooting of a protester by a military personnel during a peaceful protest by the people of Twon Brass Kingdom in Brass Council against Agip.

“From our findings, the protest, triggered into chaos after some persons hijacked it and started fomenting trouble in the process, which eventually led to the attack on Diete-Spiff.

“We further learnt that while trying to protect the monarch, a soldier shot one of the protesters in the leg and the situation generated tension in the community. The shooting took place when some persons hijacked the protest and destroyed part of the palace.”