Peter Timothy Igbifa who was recently kidnapped has finally regained his freedom. 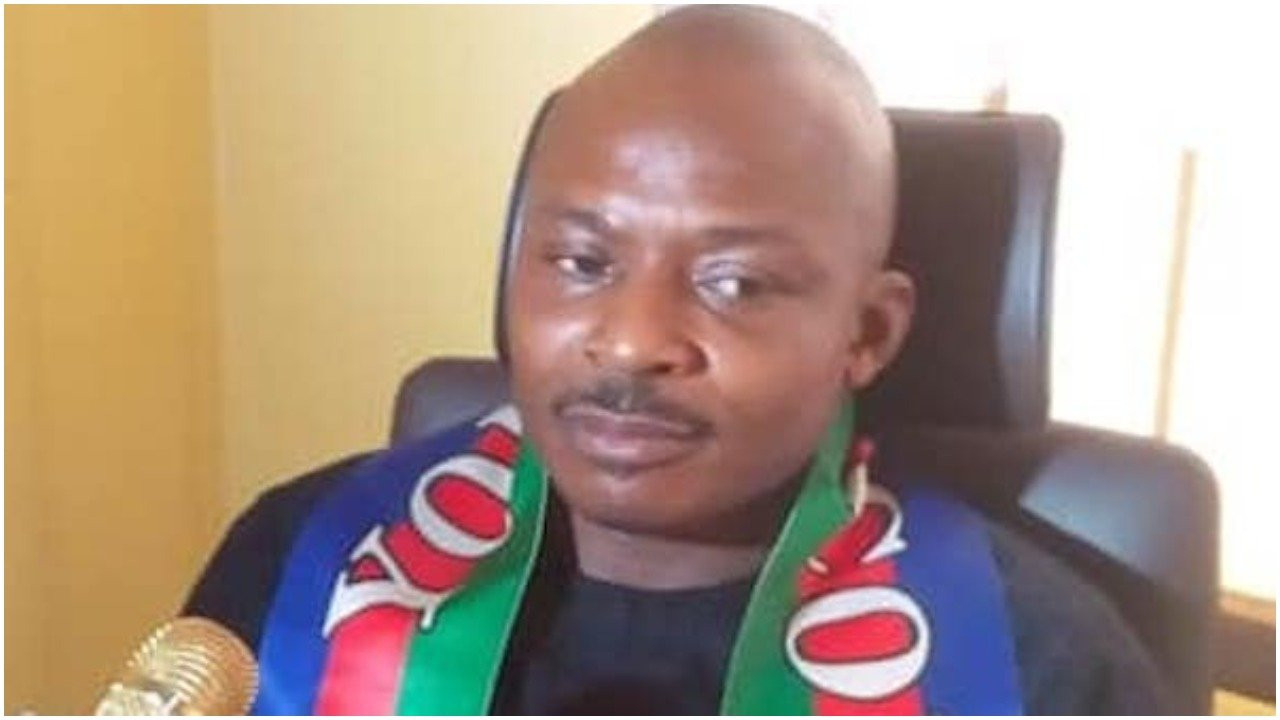 Igbifa
After being kidnapped and released, the President of the pan-ijaw youth group, Ijaw Youths Council (IYC) Worldwide, Peter Timothy Igbifa has continued his call for Nigerians to protest against the government of President Muhammadu Buhari.
Igbifa was reportedly kidnapped on Tuesday morning by unknown gunmen in Rivers State while heading to the airport for a trip to Abuja.
Igbifa confirmed that he was abducted, saying the gunmen that took him away wanted him to call off the ongoing protest against the failures of the Federal Government to inaugurate a substantive board of the Niger Delta Development Commission (NDDC).
He said he was released at Opokuma in Bayelsa State by the gunmen, who barricaded his vehicle on Tuesday morning, blindfolded him and drove him to many places.
“I didn’t know the places they took me to because I was blindfolded. All they wanted me to do was to call off the protest. They wanted me to do a video asking the youths to back down.
“But I told them that I already did a video in the morning asking them to go ahead with the protest even if I was kidnapped, arrested or killed. They became frustrated when they saw the protest going on at many places in the region. I also told them that I won’t betray the principles of our struggle”.
Igbifa said his assailants set him free on Wednesday night, noting that with the help of persons, who recognised him, he was able to get to the Bayelsa State Police Headquarters in Yenagoa where he was debriefed by the Police Commissioner.
The IYC boss said after a brief meeting with the police commissioner, he met with the Bayelsa State Governor, Senator Douye Diri, who was worried over his ordeal.
But Igbifa said he was not intimidated by his experience, insisting that the protest must continue with the aim of shutting down the region until the Federal Government inaugurates the board of the commission.
He said: “I am more than ever determined to continue with the protest. My experience has not intimidated me and the protest will be more intensed”.
Igbifa disowned some of his executive committee members, led by the Spokesperson of the IYC, Ebilade Ekerefe, who held a meeting with the Minister of Niger Delta Affairs, Senator Godswill Akpabio.
He said Ekerefe and his co-travellers were on their own, saying he never authorised the meeting and that whatever agreement they reached with Akpabio was not binding on IYC and the Ijaw nation.
“Whatever meeting they held without me is null and void. I didn’t authorise the meeting and its outcome is not binding on IYC and the Ijaw nation. We have taken a decision and that is final. It is a board or nothing.
“What are they even doing in Abuja? I know the kind of pressure I faced and bogus offers I got to frustrate this protest, but I turned down all of them because I can’t betray my people and the Niger Delta must move forward. Therefore, they are on their own”.
Igbifa called on Ijaw Youths to troop out en masse for the continuation of the demonstration.
Top Stories