The comedienne stated that she is not pregnant after she shared a photo with a bulging stomach. 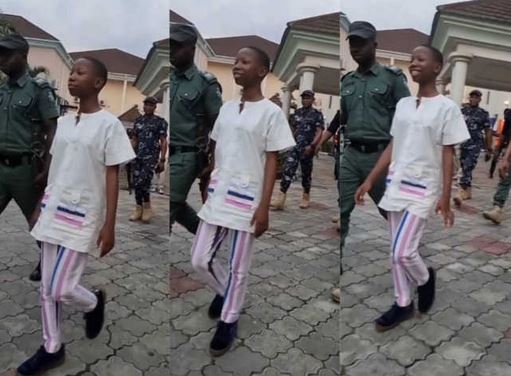 Popular Nigerian Kid comedienne, Emmanuella has set the records straight after she was asked if she was pregnant.

The 11-year-old posted a video of herself walking with some military escort yesterday on her Instagram page.

After Emmanuella shared the video on her Instaram page, she received several accolades and sweet messages from fans and loved ones.

The fan identifed as Official Emmolak took to the comment section and questioned the comedian if she was pregnant due to her bulging stomach.

He commented under the post, “I can’t see the belle o” with a laughing emoji. In response, Emmanuella replied to him in a mature way, “I am not pregnant as you can see! That must have been a rumor if you heard so”. 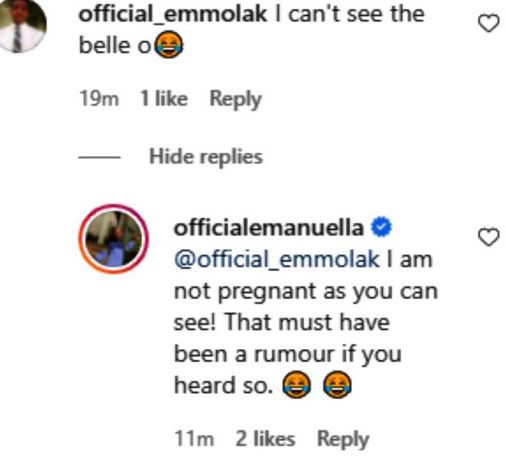