Femi Adesina has been warned that he will not go scotfree for inciting genocide against people of the southeast. 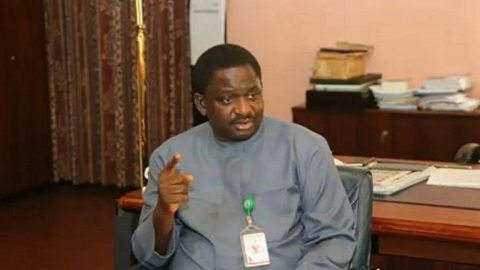 Femi Adesina
President Muhammadu Buhari’s Special Adviser on Media and Publicity, Femi Adesina has been warned that he will pay for enabling genocide.
The comment was made by a former presidential aide, Reno Omokri while reacting to Adesina' earlier statement that Nigeria needs a president with an iron fist.
The presidential aide had in response to the controversy surrounding Buhari’s civil war threat said Nigeria needs a president with a strong fist but a loving bully.
Buhari had issued the threat while condemning the attacks on police stations, Correctional facilities and offices of the Independent National Electoral Commission, INEC in the Southeast.
However, Adesina had dismissed claims that Buhari was genocidal for issuing the threat.
He, however, stressed that the president would not allow lawbreakers and anarchy in the country.
Reacting to the threat, Omokri charged Adesina and the president’s media team to stop the sycophancy.
In a series of tweets, Omokri wrote: “Dear @FemAdesina
“After @MBuhari, you and @GarShehu will pay for enabling genocide, the same way NAZI collaborators paid during the Nuremberg trials. You will be denied visas and be rejected in a decent society. Enjoy your ‘iron fisted’ genocidal bully while you can
“Imagine @FemAdesina saying Nigeria needs an iron-fisted bully because of the Igbos? Where was the iron fist when
@MBuhari held a graduation party for Boko Haram, with food, drinks, new clothes and shoes paid for by our taxes? There should be limits to sycophancy!”
Top Stories