Twitter removed Kanu's tweet in which he was threatening government officials that they won't return alive even if it means sacrificing his people. 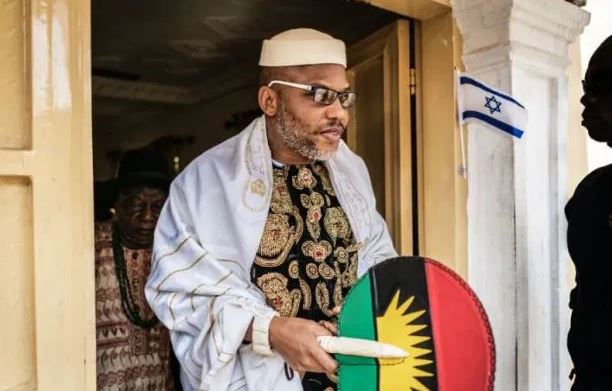 Just like President Buhari, Micro blogging platform, Twitter has deleted a tweet by the leader of the proscribed Indigenous People of Biafra IPOB, Nnamdi Kanu, for violating its rules.

In the tweets which he made on June 2, Kanu had threatened government officials and said “any army they send to #Biafraland will die there. None will return alive even if it means sacrificing my people”. 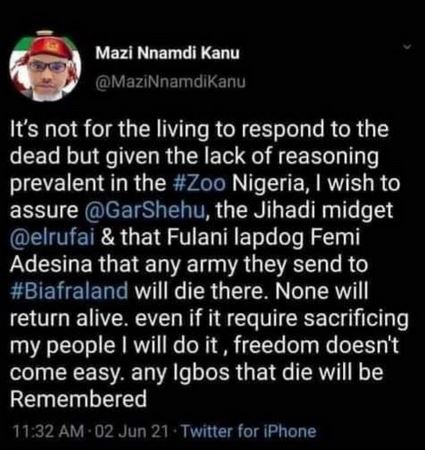 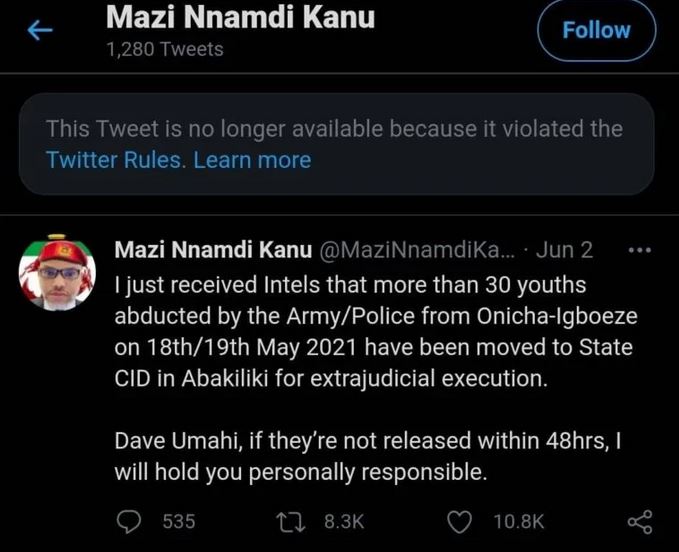 The removal of Kanu,'s tweet comes after the Federal government chided the micro-blogging site of deleting President Buhari's tweet making reference to the civil war while leaving tweets of Nnamdi Kanu inciting violence to government institutions.