You Can't Be Law Unto Yourself, I’ll Keep Tweeting - Fayose Challenges Buhari


A popular Nigerian politician has insisted that he will not stop using Twitter. 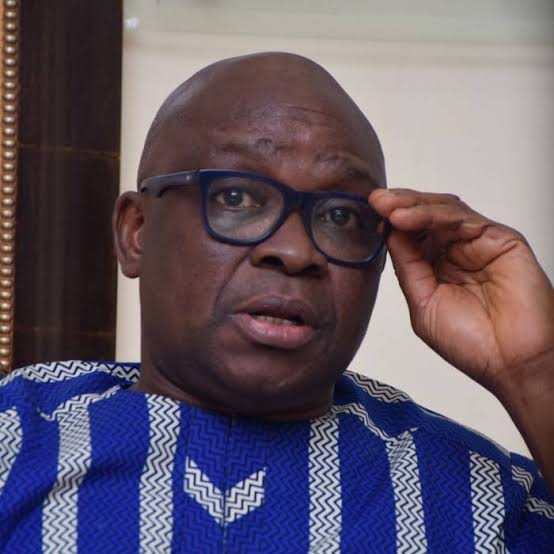 Ayodele Fayose
A former Governor of Ekiti State, Ayodele Fayose, has defied the federal government vowing to continue tweeting inspite of threats.
Fayose said he will continue to tweet, calling on other Nigerians to do the same, adding that the government has no right to stop Nigerians from communicating through the medium.
Fayose; former Minister of Education, Dr. Oby Ezekwesili; and ex-Minister of Aviation, Femi Fani-Kayode, had on Sunday dared the President Muhammadu Buhari government to arrest them as they continue to share information on Twitter.
Aisha Yesufu, a popular activist, had also stated that the Buhari-led Federal Government has no right to arrest her for using Twitter.
And on Monday, Fayose said he will keep tweeting and believes that many other Nigerians are doing the same.
“Good morning Nigerians. Like Buhari, no President elected by Nigerians can be a law unto himself.
“It is our right to use twitter and other social media platforms and we’ll keep tweeting. I’m tweeting and so are many other Nigerians,” he said.
The Federal Government of Nigeria had on Friday, announced the suspension of microblogging and social networking service, Twitter, in the country.
Minister of Information, Lai Mohammed made the announcement during a press conference.
He cited the persistent use of the platform for activities that are capable of undermining Nigeria’s corporate existence.
Top Stories