''If You Are A Christian And Use VPN to Access Twitter After FG's Ban, You Have Sinned - Nigerian Pastor


Nigerian Christians have been told that using VPN after FG's ban on Twitter is a sin. 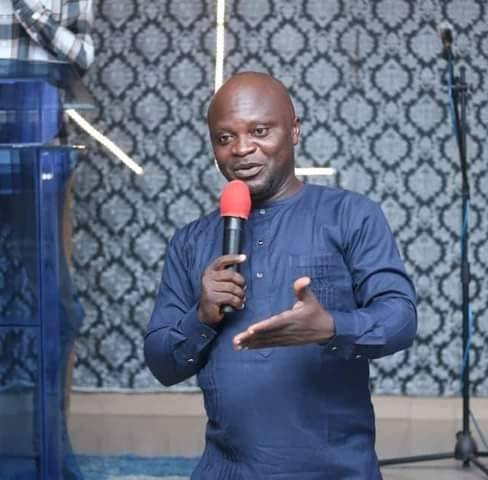 Glory Papaglo Igho
A man of God, Glory Papaglo Igho, has warned Christians against using VPN to bypass federal government's ban on Twitter.
He said any Christian who accesses Twitter via VPN following FG's suspension on the operations of the Micro-blogging site in Nigeria, has committed a sin.
The Federal government last Friday temporarily suspended the operations of Twitter in Nigeria.
Igho shared his thought on his Facebook page. 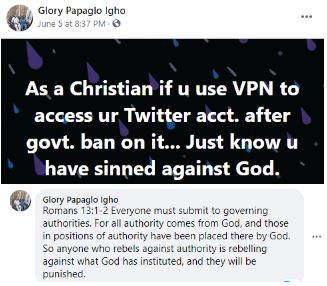