A businesswoman, Opeyemi Adegbola, said she was robbed on Wednesday around 2.30pm by hoodlums, who were on a motorcycle. 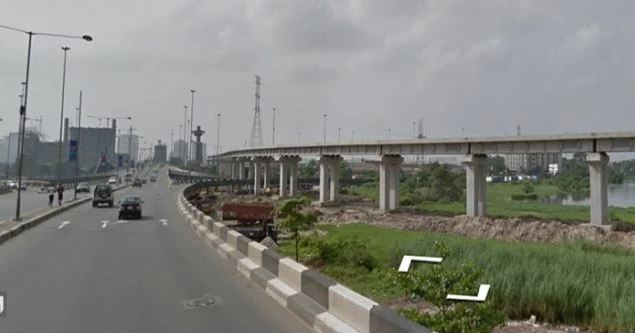 According to PUNCH Metro, motorists and commuters plying the Eko Bridge, Lagos State, have lamented increasing attacks by armed robbers on them.

It was gathered that while robbers broke into cars and commercial vehicles in broad daylight and dispossessed people of their valuables, the police were nowhere to be found.

Our correspondents, who spoke to victims and eyewitnesses, learnt that residents now preferred to take longer routes to get to their destinations due to the robberies.

A businesswoman, Opeyemi Adegbola, said she was robbed on Wednesday around 2.30pm by hoodlums, who were on a motorcycle.

She said, “I took Uber with my aunt while coming from the Lagos Island yesterday (Wednesday) and when we got to the Eko Bridge, there was traffic. It was raining, so the driver begged us that because he didn’t have much fuel, we should allow him to turn off the engine and we obliged, so we had to wound down the windows a little bit.

“After a while, we didn’t know where these guys came from; we just noticed that they got off the motorcycle and one of them pointed a gun at our driver and shouted at him to wound down the glass, while also threatening to shoot him.

“At first, it was like a movie to me; I didn’t know what was happening. The other guy went to the right side, where my aunt was sitting, and shouted at her to wound down and open the door. My aunt just quietly told me to hide my phone, so I hid it inside the car seat, pushed it down and sat on it.
“Before we knew what was going on, the guy opened his shirt, brought out a cutlass and smashed the glass in my aunt’s face. We were injured. The guy collected my aunt’s bag, asked her to remove her jewellery, wristwatch and ring, while the one with the gun came to my side and shouted that I should open the door; I opened the door and gave him my bag.

“He ransacked my bag; my ATM cards were inside, but he didn’t see them. The other phone that I used for business transactions was inside the bag, so he took it, put it inside his pocket, took the money inside the bag and threw the bag in the floodwater.”

The victim explained that the robbers moved to other vehicles to rob passengers after they were through with them.

She, however, noted that they were saved by a man, who drove with some escorts on the other side of the road.

Adegbola stated, “He (the man being escorted) stopped and shot in the air. When the robbers heard the gunshot, they took off. The escorts ran after them, but couldn’t catch up, because they didn’t know where they disappeared to.

“We didn’t see any policeman on the bridge; it was when the escorts shot in the air that some area boys came out to start looking for the robbers. After then, two police officers came on motorbikes and people booed them for coming after the robbers had gone.

“Those guys operated conveniently; there was no rush at all. They were going from one car to the other; nothing was stopping them, and the one with the cutlass was ready to harm anybody who dared to challenge him, so we had no choice but to surrender everything to them. I lost N20,000 and my phone to them.”

A journalist, who witnessed a robbery on the bridge on Monday, Tolulope Adeleru-Balogun, said the robbers attacked passengers of a commercial bus around 5pm.

Narrating the incident on her Twitter handle, Adeleru-Balogun said there was no security agent on the bridge while the incident lasted.

She tweeted, “I saw a bus getting robbed in front of me on Eko Bridge in broad daylight. One had gun, the other a brand new cutlass. Lagosians are sitting ducks on bridges across the city. My colleague was still trying to get some work done on his phone when a hawker stopped by my window and said drop your phone, they are robbing. Not less than two minutes later, they went after a white bus, slapped people, pulled out a cutlass, broke one of the back windows.

“The driver tried to manoeuvre, but everyone beside and behind him was trying to escape as well. They circled round and that’s when another brought out a gun. Passengers started jumping down, even passengers from a bus behind. They tried to go after a car too.

“Lagosians are on here everyday sharing robbery incidents, yet they are continuing unabated and gathering steam. It’s not safe to move around Lagos, day or night; there’s construction on the bridge leading to stadium affecting Eko Bridge; there is construction at Ogudu, affecting the Third Mainland Bridge. Who makes these decisions in a city such as this? There was no police presence the length of the bridge till we got to the exit of Costain, I saw three officers there.”

Another commuter, Olufemi Anthony, who was almost robbed by robbers on Monday, said he left his vehicle and ran for dear life when the robbers brandished different weapons.

He said, “The robbery on Monday was around 5pm. The boys robbed the driver of a Toyota Camry that was in front of me and out of frustration, the driver bashed my car. I didn’t bother to come down, because those guys came with shotguns and cutlasses. The most amazing thing was that a bank’s van with escorts on the same Eko Bridge could do nothing and everybody had to run for their lives. I left my vehicle and ran too.”

In a video that went viral on Wednesday, a woman, who was allegedly attacked by the robbers, could be seen crying in her car as she drove slowly.

The voice in the video could be heard saying the woman was attacked by robbers while in traffic, adding that the robbers had broken the side mirrors of several other vehicles.

A driver, who identified himself simply as Jide, told PUNCH Metro that the police had been reluctant since the #EndSARS protest to rescue citizens from such danger, adding that many of the policemen were retaliating the attacks on police stations during the protest.

“Since #EndSARS happened, the crime rate has been high. The security operatives have technically left us to ourselves. Some policemen have said since we say we didn’t want them, we can be on our own. They’re fighting back for what happened during the protest. We lack the needed security,” he said.

According to a motorist, Adeyinka Omoh, the police watch while people are being robbed.

He stated, “Even if you’re being robbed in front of the police, they won’t answer if you call them. Hoodlums usually rob people on the bridge when the traffic is intense. They make sure that the other side of the road is free before they start their operation. They park a motorcycle on the other free lane to ease their escape after robberies.

“The bridge starts from Alaka to Apogbon. I don’t think the people they chased from under the bridge are the culprits. These notorious boys have chosen it as a full-time job.”

The state Commissioner of Police, Hakeem Odumosu, said the police were not aware of the attacks on the bridge.

According to him, construction works are ongoing at the end of the Eko Bridge, involving Costain, Alaka and Iponri areas.

Odumosu said this was partly responsible for the traffic on the bridge, adding that the command usually deployed personnel in mufti on the road during peak periods.

However, the state Police Public Relations Officer, Muyiwa Adejobi, said later in a statement that the police raided some flashpoints in the state, including Agege, Seven-Up, Ojota, Surulere and Eko Bridge, and arrested 19 suspected traffic robbers.