The security operatives killed both men on May 29, and after that, labelled them as Eastern Security Network members. 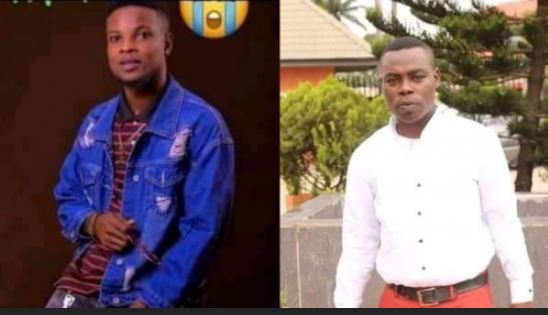 According to an exclusive report by SaharaReporters, the operatives of the police and the Nigerian Army, in carrying out mass raids and arrests of South-East residents, have shot dead some of the suspects, allegedly labelled as gunmen terrorising the region.

SaharaReporters obtained the photographs of two of the victims living in Umuahia, Abia State, whom residents confirmed to be part of them and not unknown gunmen as the police and the army labelled them.

The security operatives killed both men on May 29, and after that, labelled them as Eastern Security Network members.

“Rather than using intelligence-based crime detection and investigation to go after criminal elements, the Nigerian security forces are going about letting loose on unarmed and defenceless Igbo citizens, hatefully targeting and killing them and labelling them as terrorists,” the source, who released the photographs to SaharaReporters, lamented.

A civil society organisation, the International Society for Civil Liberties and Rule of Law, said it called on the international community not to fold their arms on the “silent massacre” going on in the South-East region but must prevail on the Nigerian government to respect the rule of law and sanctity of life.

“We are drawing the urgent and ‘red signals’ attention of the governments of the United States, the United Kingdom, Ireland, Scotland, Australia, New Zealand, Canada, Mexico, South Korea, Japan, Brazil and the European Union; the Secretary-General of the United Nations, the UN Security Council, and the International Criminal Court.

“This urgent international clarion call is a sequel to ongoing genocidal attacks on defenceless civilians in Eastern Nigeria, done in total disregard to the country’s international obligations and laid down rules including respect for human rights and sanctity of human life as well as rules governing internal policing operations and armed conflict,” the organisation said on Friday.

SaharaReporters had also reported on Friday that the Nigerian Army in joint operations with the police between April and May had raided and arrested scores of South-East youths, clamping them in underground cells and detention rooms in military barracks.

Some of the fingered military camps were the 34 Artillery Brigade, Obinze, Imo State, 82 Division Headquarters, Enugu State, and up north as far as Suleja, Niger State.

“The army and police have a certain NHSS Tactical Squad – whatever that means – which has been arresting the South-East residents, mainly youths, and locking them up in these discreet military underground camps.

“They are labelled as members of the Indigenous People of Biafra members and Eastern Security Network members and denied access to family members and lawyers. I know at least three military detention underground cells, and the squad, at will, kills some of the detainees, arrange rifles for them and say they died during the gun battle,” one of the sources had revealed to SaharaReporters.

“It was the same NHSS tactical squad which invaded the residence of IPOB lawyer, Ifeanyi Ejiofor last Sunday, and shot dead one of his aides, while three personal workers were taken away. They burnt the car and corpse, leaving no trace. If he was not a popular lawyer, who would report that incident? That is the pattern they adopt in the South-East – abduct, kill and burn corpses,” another source had revealed.