These revelations from the face-off between two music heavyweights, Don Jazzy and Olamide is an eye-opener to a lot of background events in the entertainment industry which are far from public view or access. 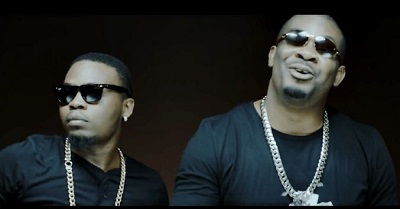 The beauty of anger and outburst is that it has a way of purging an individual of hidden secrets and bitterness he has been nursing over time. Olamide's rants on Twitter about Mavin records producer, Don Jazzy speaks volume of a lot about the Bariga, Lagos born indigenous artiste.

Below are some top revelations deduced from the entire scenario:

Olamide and Don Jazzy could have recorded one hit song titled 'Skelemba' together but the relationship between the duo was a mere working relationship which is indicated in the despicable things Olamide said about Don Jazzy freely via the social media like he rehearsed for it.

(2) Olamide is of a highly questionable character:
Music they say comes from the soul and there is the high possibility of an artiste singing from the way he sees the society. Olamide has been known to be vulgar in his songs. He preaches violence, talks about indiscriminate sex, alcohol and weed. He portrayed the vivid picture on the Headies Award stage by using swear words in Yoruba language. He also allegedly destroyed the Headies green room and beat up a fan that hailed him at the event. This is not the image he wants his son, Miliano to take after.

(3) Don Jazzy may not be as good as we think he is in music productions:

Olamide alleged on Twitter that Don Jazzy has recruited some 'maids' who help him in cooking beats while he puts his name on it and claims the credit. It’s a pity he didn't go further on this interesting revelation. There is no smoke without fire and there is an element of truth in every rumour. Olamide must have exploited a crack in the Mavins dynasty to obtain that rare information. Don Jazzy will expectedly tighten up loose ends in order not to tarnish his brilliant resume.

(4) Don Jazzy's humility on the social media might be a publicity stunt:

Olamide accused Don Jazzy of giving unprecedented support to one comical fellow or presumably an artiste named Vic O who has recorded some of the worst songs in the history of Nigerian entertainment like his Adele's Hello cover. According to the YBNL boss, Don Jazzy was only following Twitter trends to maintain recognition on the social media.

Olamide accused Don Jazzy of 'killing D'banj with packaging' which sounds connotative. He also claimed 'Dbanj who is older than the producer named him 'the Don' out of respect while they worked together. This, according to Olamide is some sort of respect Don Jazzy doesn't deserve.

This is another sign of a strained relationship between Don Jazzy and Olamide as the request to feature Di'ja could have been thwarted by her boss due to his apathy for Olamide's songs and probably that of his crew members.

(7) Olamide seems to be in control of some Lagos miscreants:

Olamide who claims to represent the street has vowed to attack Don Jazzy if he visits the Mainland part of Lagos where he is based and dominates with his people as against Don Jazzy who stays on the Island. This reminds me of the bitter rivalries in Nigerian politics.

Former Don Jazzy's Mo'hits singer, Wande Coal went on Twitter and laughed at the whole trending drama by typing 'LOL' after which he followed Olamide on Twitter. On a day like that, out of vigilance, it’s safe to say he supported Olamide against Don Jazzy due to some reservations.

(9) The weakness or conspiracy of the Headies Awards Committee has been exposed:

Many social media users felt the award should have gone to Kiss Daniel with his monster hits 'Woju' and 'Laye' which were like the MTV anthem. Lil Kesh is more popular than Reekado Banks. So what happened? Maybe the streets which the YBNL crew represents don’t use the internet or vote. They only support by listening.

(10) Don Jazzy's maturity and composure after Olamide's painful verbal assaults against him on Twitter shows how deep he regards his image in the Nigerian society.

This has a close similarity to that of the altercation between the former Minister of Niger Delta Affairs, Elder Godsday Orubebe and the former Chairman of the Independent National Electoral Commission, Professor Attahiru Jega during the announcement of the presidential elections results.

The way Di'ja showed excitement at the way Don Jazzy called out Olamide on the stage speaks volume of the childishness in her which she needs to get over in order to lead her fans productively.

Additionally, it also depicts a clash of interests and priorities between Olamide and Don Jazzy. Don Jazzy felt it was all about the Hyundai car award while Olamide was infuriated as he was fighting for the alleged robbed honour of Lil Kesh, his artiste.
Osayimwen Osahon George
Associate Writer and Editor at Tori.ng
Top Stories

Wizkid “Made In Lagos” Ranks #3 On US iTunes Top Albums, Highest For Any Nigerian Artist
Recent Stories