Sports media has been an integral part of larger sports broadcasts for as long as many people can remember.

Whether this come from press conferences, post-event interviews, or anything in between in order to give fans the inside look at the state of mind for their favourite athletes – the way that these stars respond or behave can also have a big impact for punters too as bookies at the likes of bettingsites.ng/betting-sites may even adjust their odds based on how an athlete seems ahead of time. But there has been plenty of news over the past few weeks as tennis star Naomi Osaka refused to talk to the media ahead of the French Open for mental health reasons and being threatened with fines and other punishments too – but should athletes and sports stars be forced to talk to the media? 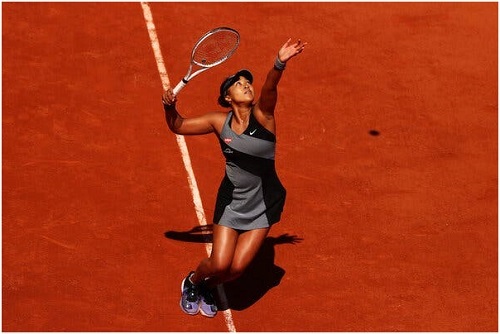 This has been addressed in some other sports recently, one of the first to make a big change had been with the UFC regarding fighters that had recently either lost or been knocked out, following a string of particularly questionable interviews it had been established that fighters coming off of a particularly bad loss or those who had just been knocked out shouldn’t be interviewed and first receive medical attention, whilst not entirely focussed on the mental health aspect as is the case with Osaka, it does show that there were at least considerations being taken.

For those focused more on the mental health aspect and change, there were many who did voice their support too, F1 star Lewis Hamilton has long spoken out about sports journalism and the impact of mental health and had been one of the first to give backing to the tennis star stating “As athletes, we are pushing ourselves to the limit, we are on the edge, and we’re only human beings” also expanding in a tweet that mental health is not a joke and that other should be voicing their support for Osaka whilst also questioning the fines that she had received. Osaka is part of the generation in sporting that now know they owe nothing to the media, and also know that the mental aspect of the game is perhaps often more important than the physical aspect.

It’s certainly an interesting question being raised, and as sports journalism has deteriorated over the past few years to largely focus on negative aspects of the athlete rather than positive, it does hold some merit and does further raise the question of whether or not sports stars and athletes should be forced into media obligations, particularly if it has the potential outcome to damage the performance or damage the individual forced into doing the interviews.