The candle light was performed by the Priest in charge of the church, William Ghattas. 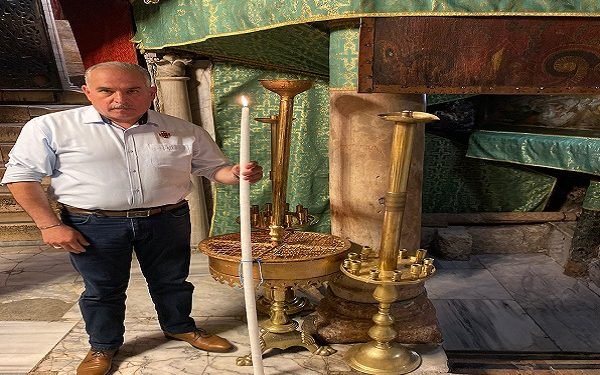 The Church of Nativity, a church in Bethlehem, has lit a candle for the late founder of Synagogue Church of All Nation (SCOAN) pastor Temitope Joshua.

The candle light was performed by the Priest in charge of the church, William Ghattas.

The Church of Nativity, Bethlehem is the birthplace of Jesus Christ.

Since the passing on of Prophet T. B. Joshua the official Facebook page of the ministry increased by 500,000 followers, making a total of 6.1 million.

A statement from the SCOAN stated “more than one million online tributes from across the world honour the man who touched every level of society.
“All across the world, from Bethlehem to Russia to Pakistan, candlelight vigils were held in his honour.”

Meanwhile, a week long activities starting from July 5, 2021 have been planned for the burial of the late founder of SCOAN.