Late actor, Sam Loco Efe has been remembered by his good friend, Nkem Owoh aka Osuofia. 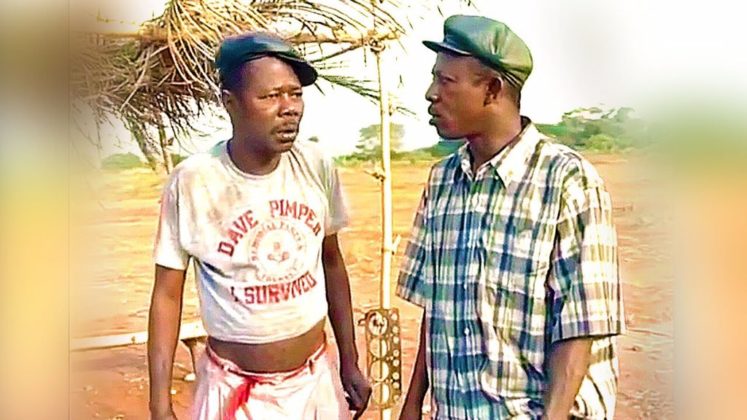 Sam Loco and Nkem Owoh
Famous veteran actor, Nkem Owoh aka “Ukwa or Osuofia” has taken out time to celebrate and remember his late friend, Sam Loco Efe.
Recall that actor, Sam Loco died on 7th August 2011.
It was disclosed that the late Sam died in his hotel room at Owerri. The sudden death was as a result of an Asthmatic attack because a Ventolin inhaler was found beside him.
Actor Nkem Owoh and Sam Loco featured in movies together as major characters since the mid-’90s. As they were known for their major comic roles in the Nollywood industry.
Nkem Owoh took to Twitter to remember him and wrote:
“Keep resting in peace my dear friend, Sam Loco Efe. Gone but never forgotten“.