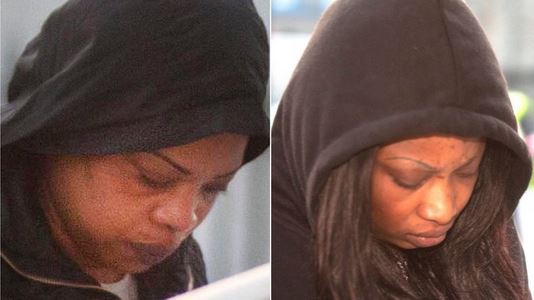 Two Nigerian women have been found guilty of human trafficking offences for running a prostitution ring from a base in Mullingar, Ireland.

Alicia Edosa (44) and Edith Enoghaghase (31) were each found guilty on two counts of trafficking women into Ireland on dates between September 2016 and June 2018 contrary to the Criminal Law (Human Trafficking) Act 2008 following a six-week jury trial at Mullingar Circuit Criminal Court.

Omonuwa Desmond Osaighbovo (pictured) was found not guilty of a single charge of prostitution, but guilty of four money laundering charges

The trial at Mullingar Circuit Court lasted almost six weeks and heard that four young women from a deprived background in Nigeria had been abused in an underhand way by the three accused.

The trial heard from Counsel for the Director of Public Prosecutions Fiona Murphy SC that it was a tragic case of exploitation by people from Nigeria searching for a better life.

She said the women believed they were coming to Ireland to have an opportunity to engage in legitimate work.

Ms Murphy said all four women took part in a voodoo ceremony before leaving Nigeria for Ireland in which they took an oath to people arranging their journey. On arriving in Ireland, she said the women were told they would have to repay the accused what she described as "extortionate amounts" by engaging in prostitution.

She said the women were used in "a most egregious fashion" by having to travel to various locations around Ireland to engage in prostitution from their base in Mullingar.

The trial heard the woman worked in various locations around Ireland including Limerick and Cork.

One of the victims told the court that she was trafficked into Ireland on the promise of working as a shop assistant was forced into prostitution within days of arriving in the country.

The 26-year-old mother of one, who cannot be named for legal reasons, told the court she felt betrayed.

Before leaving Nigeria, the woman said she was promised that Ireland was "a land of milk and honey" where she could earn up to €3,500 per month doing hair extensions.

The witness described an arduous six-month journey from Nigeria to Ireland in September 2016 via Libya, where she was raped, and Sicily using a false Irish passport.

She told the court that if she collected €1,000, the woman said she would have to lodge €990 in a bank and only be allowed to keep €10 for herself, which sometimes left her starving for days.

"I was like a sex machine and money-making machine for her," the witness added.

The defence had argued that the victims had made the human trafficking claims in order to secure their right to remain in Ireland.

The allegations came to light after the women were able to extricate themselves at various stages and report matters to gardaí.

The trial before Judge Francis Comerford and a jury of ten men and two women lasted over six weeks.

After the trial ended, Judge Comerford thanked the jury for their service and their diligence and excused them from serving on a jury for ten years.

Gardaí thanked the victims for their bravery in coming forward and appealed to anyone who has information on human trafficking to come forward.

Superintendent Dermot Drea thanked the support services including Ruhama for their help and the gardaí who worked so hard in bringing about today's conviction.

Ruhama, which helps women affected by prostitution, said today's conviction is "historic" and will serve as an important example to other victims of sexual exploitation that justice is possible.

CEO Barbara Condon said the courage and resilience shown by the victims in the case was staggering. She said their caseworkers have worked tirelessly with the women involved as witnesses for three years and were on-site in a support capacity throughout the hearings.

"The conviction signals a key milestone in the recovery journey of these women who sought to contribute to justice against their perpetrators" she added.

Meanwhile, Minister of State for Civil and Criminal Justice Hildegarde Naughton has also welcomed the convictions.

"Human trafficking is a particularly cruel crime, based on deception and exploitation of vulnerable people, and it is hidden. Due to its hidden nature, it is very difficult to detect and investigate," she said.

Minister Naughton commended the gardaí for their hard work and said Ireland is committed to playing a role in the fight against human trafficking.

"The verdicts handed down today are a welcome indication that our efforts are paying off," she added. 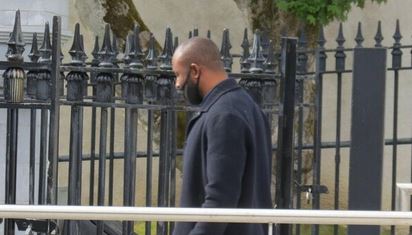 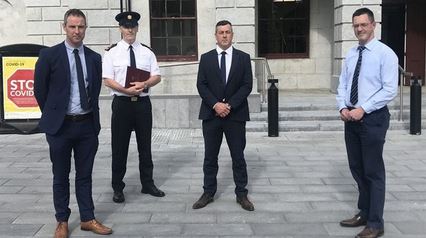