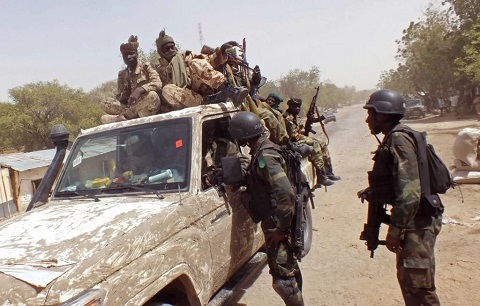 File photo
Security forces have rescued some students of the Federal Government College Birnin Yauri in Kebbi State abducted by kidnappers.
However, one of the rescued students is dead.
Recall that at least 70 students of the school were abducted alongside 4 teachers.
According to Channels Television, five persons comprising four students and a teacher were rescued by the Joint Taskforce Component of Operation Hadari Daji.
The Deputy Force Commander of the Joint Taskforce in the North-West Zone, Air Commodore Abubakar AbdulKadir, confirmed this on Friday to reporters in Zamfara State.
He explained that the troops came in contact with the bandits in the early hours and engaged them in a gun duel, which forced them to abandon five of the students and a teacher.
One of the students whose identity was not revealed later died, although the military officer did not specifically state how it happened.
“In the early hours of this morning hours, we have come across the kidnappers. They came to our blocking point, and we engaged them,” Abdulkadir said.
He added, “At that point, they abandoned five of the students and one of the teachers. Unfortunately, I think we have lost one of the students.”
Top Stories