The suspects were arrested after they robbed their victim of the sum of fifty thousand, two hundred Naira (N50,200) at her POS business point along Cemetery road. 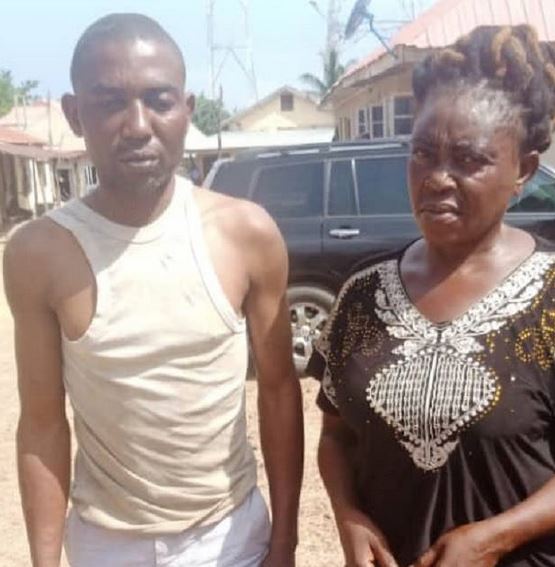 Two suspected robbers have been apprehended by officials of the  Kogi State Police Command.

The suspects, Comfort David, 44, and Timothy James,38, both of Zaki-Biam, Benue State were arrested by operatives of the Intelligence Unit of the command.

Spokesperson of the command, DSP William Ayah, who disclosed this in a statement on Friday, June 18, said the suspects robbed their victim one Jammai Maryam Bashir, 23, of the sum of fifty thousand, two hundred Naira (N50,200) at her POS business point along Cemetery road, Lokoja at about 0945hrs.

"They deceived the victim under the guise of performing deliverance and thereafter robbed her. The victim immediately after regaining consciousness raised the alarm that led to the arrest of the duo at Nataco on their way to Abuja and recovered the sum of forty-three thousand, two hundred naira (N43,300) from them. Efforts are ongoing to arrest other members of the syndicates," Ayah stated.

"The suspects confessed to the crime. They further confessed that they robbed in Jalingo, Makurdi, and Otukpo. Suspects will be arraigned in court on completion of the investigation." he added.