Suluka Abimbola's number was called but an unknown person picked and confirmed that Suluka was in their custody. 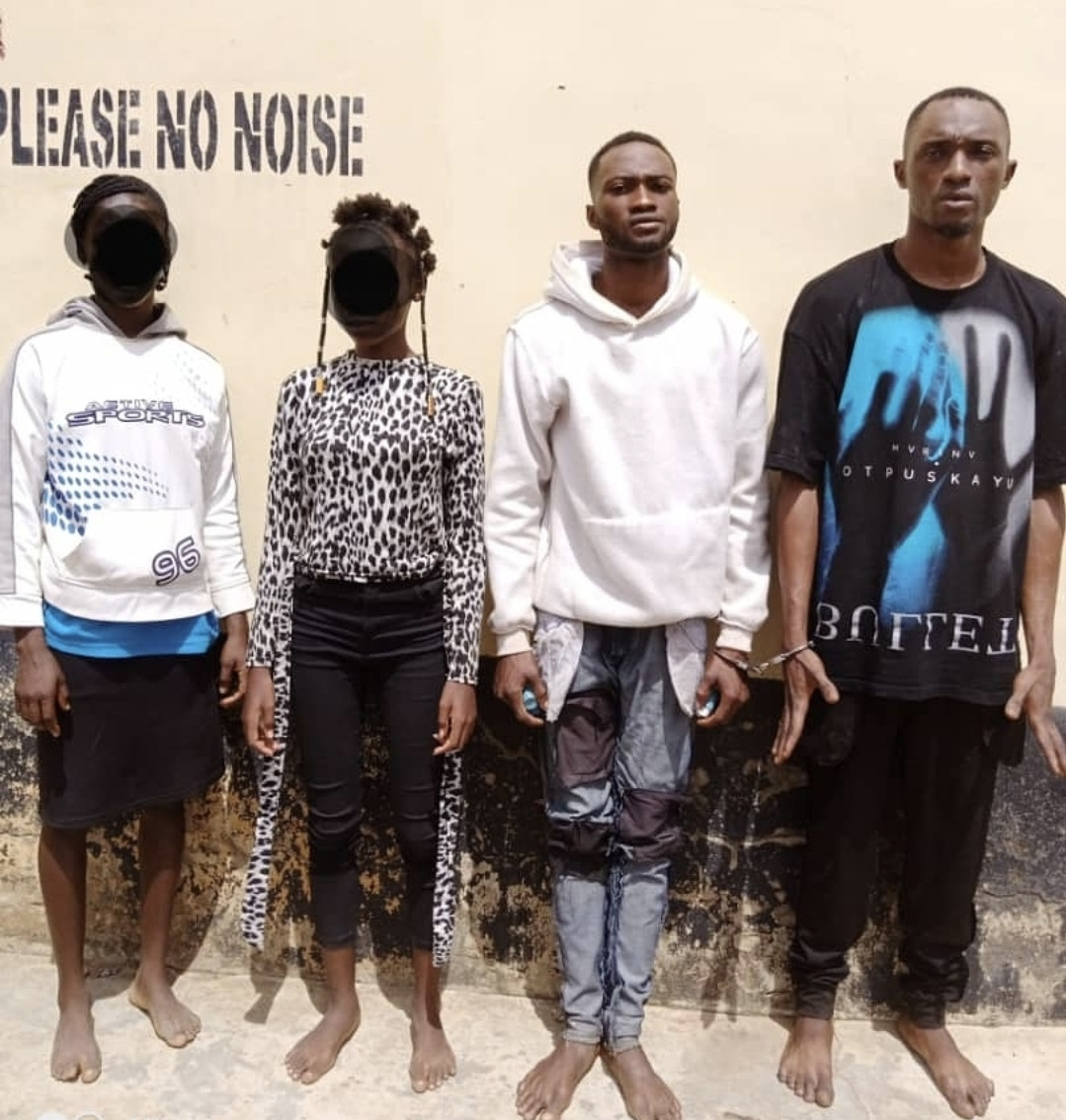 A teenager, Suluka Abimbola, 16, her boyfriend, Oluwaseun Daniel Olajide, 25 and two others have been arrested by the Ekiti State Police Command.

They were nabbed for conspiracy and self-kidnapping.

According to a statement released by ASP Abutu Sunday, spokesperson of the state police command, on June 16, one Bolaji  Femi of Bawa Estate, Ado-Ekiti, went to New Iyin Divisional Police Headquarters and reported that her sister, one Suluka Abimbola left home for School at Christ School, Ado-Ekiti, on 15/06/2021 and did not return home.

Suluka Abimbola's number was called but an unknown person picked and confirmed that Suluka was in their custody but would not be released until a ransom of five hundred thousand naira(#500,000:00) is paid to a particular Union Bank Account belonging to one Adisa Damilola.

''The case was immediately transferred to the Anti-kidnapping Unit of the State CID where the owner of the account, one Adisa Damilola who is also a friend to Oluwaseun Daniel Olajide, was tracked and arrested. Adisa Damilola led the Operatives of the Anti-kidnapping Unit to Alex Grace Hotel, along Housing, Ado-Ekiti, where Suluka Abimbola and her boyfriend, Oluwaseun Daniel Olajide, alongside one other accomplice, Adefolaju Caleb, 23, were lodging and were arrested.

During interrogation, Suluka Abimbola confessed to the commission of the crime as well as Oluwaseun Daniel Olajide and Adefolaju Caleb. Suluka Abimbola said she decided to conspire with the other suspects to do that in order for her to raise money from her family members to enable her relocate from Ekiti State since her Mother insisted that she goes through medical field as against her dream of becoming an Actress.'' the statenent in part read

Abutu added that the state commissioner of Police, Ekiti State Command, CP Tunde Mobayo, has condemned the act and has directed that investigation be conducted for further action to serve as a deterrent to other criminally minded persons in the society.