It was learnt that Daniel, who was also notoriously trigger-happy during the Islamic Movement in Nigeria (IMN) members’ protest, will be promoted by the police despite her controversial records. 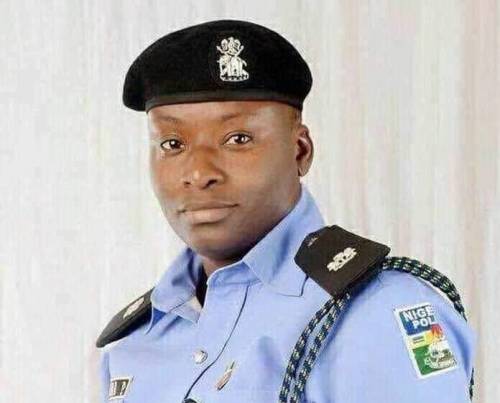 According to a report by SaharaReporters, the Nigeria Police Force instead of sanctioning notorious female officer, Altine Hyelhira Daniel, is set to promote her despite her role in the recent peaceful protest where she shot at human rights activist, Omoyele Sowore, and other protesters at the Unity Fountain in Abuja.

SaharaReporters learnt that Daniel, who was also notoriously trigger-happy during the Islamic Movement in Nigeria (IMN) members’ protest, will be promoted by the police despite her controversial records.

SaharaReporters had reported on June 1 that the police authorities refused to issue queries and sanctions to Daniel and her team, after firing at the peaceful protesters at the Unity Fountain, Abuja.

The protest was held to demand an end to insecurity in the country and was an assembly of several concerned Nigerians and groups before the police disrupted the peaceful demonstration with gunshots and teargas.

SaharaReporters had also reported that Altine Daniel was part of the deadly Special Anti-Robbery Squad (SARS), sometimes known as a killer squad before it was banned.

“Chief Superintendent of Police (CSP) Hyelhira Daniel fired an anti-riot gun at me for attending a protest at the Unity Fountain. She walks away after injuring me and now, I am hearing she is getting promoted by the police. Apparently, she kills Shiites protesters regularly too,” Sowore said in a tweet on Sunday.

Sowore was on that Monday morning shot at the Unity Fountain, Abuja while he was trying to gain entrance into the place.

The activist was said to have been speaking with a detachment of police officers stationed at the public facility when the female officer fired at him.

The notorious female officer was also the one that led the detachment of police officers that tear-gassed Nigerian showbiz maestro and rights activist, Charles Oputa, popularly known as Charly Boy, in August 2017 during a peaceful protest.

Daniel has also led many operations that led to the death of many Shi'ites members during #FreeEl-Zakzaky protests in Abuja, the nation's capital.

The African Action Congress had, among other groups which condemned the police's shooting of Sowore, called for the arrest and prosecution of the female police officer, Daniel who shot at Sowore, who is also the National Chairman of the party.

The party had said the attempt on the life of Sowore was well-planned but poorly executed.

It also described it as a botched political assassination attempt on Sowore by the Buhari government.