Security operatives have apprehended a criminal who helped others escaped from Imo prison. 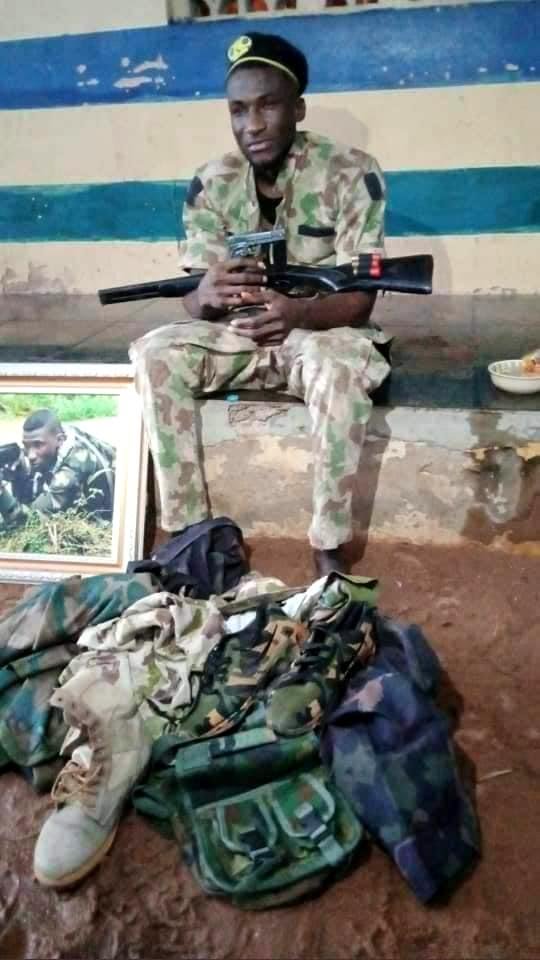 Godwin
A Nigerian man among those who reportedly freed criminals at the Owerri correctional facility has been arrested.
Godwin Chukwuemeka aka 'Match and die' is alleged to be one of the suspected gang members who led the operation that saw thousands of inmates escape from Owerri correctional facility.
He has now been apprehended.
The Imo State commissioner of Police, Abutu Yaro, said this yesterday in Owerri, while parading the suspect at the Police headquarters, he added that “match and die” was arrested along Owerri /Nekede road in Imo state, from his hideout.
The police said that the suspect was arrested based on the intelligence it gathered on his activities and that from their preliminary investigation “Match and die” had confessed to being part of the hoodlums who attacked the Owerri correctional centre.
The command said: “Following reliable information, Tactical teams of the Imo Command stormed the hideouts of a notorious suspected criminal along the Owerri Nekede Axis where one Godwin Chukwuemeka AKA “Match and Die” ‘male’, 35years old was arrested inside the ceiling compartment of his residence.
“The suspect is alleged to be a dismissed Soldier of the Nigeria Army. On interrogation, he confessed to being part of the hoodlums that attacked the Imo State Police Command Headquarters and Correctional centre Owerri early this year.”
“Meanwhile the following items were recovered from the suspect. A cut to size double barrel gun, A black browning pistol, Two live cartridges, One expanded cartridge, Military camouflage and Desert boots.
“The Commissioner of Police urged the officers and men of the command to sustain the tempo of the moment. He commends the good people of the state for their undaunting support and solicits for an all society approach to improve security in the state,” Police concluded.
Top Stories