According to reports, the tanker fell and went up in flames around 6 am on Tuesday. 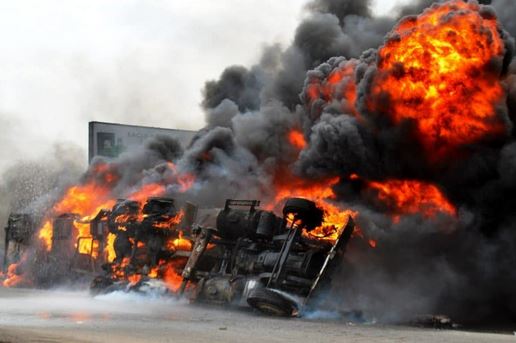 There was a fire outbreak along the Lagos-Ibadan highway as a  tanker conveying fuel exploded.

The tanker, it was gathered, fell and went up in flames around 6 am on Tuesday.

A source at the scene of the incident, Adesanya Eniola, said that the incident occurred around Ogere Remo via Toll Gate, on the expressway.

It was learnt that some vehicles were trapped in the incident, with traffic along that corridor affected.

Details of the accident is still sketchy as of the time of filing this report.