Nancy Iheme seems surprised at what is happening at the reunion since a lot of the housemates were portrayed to be saints during the show. 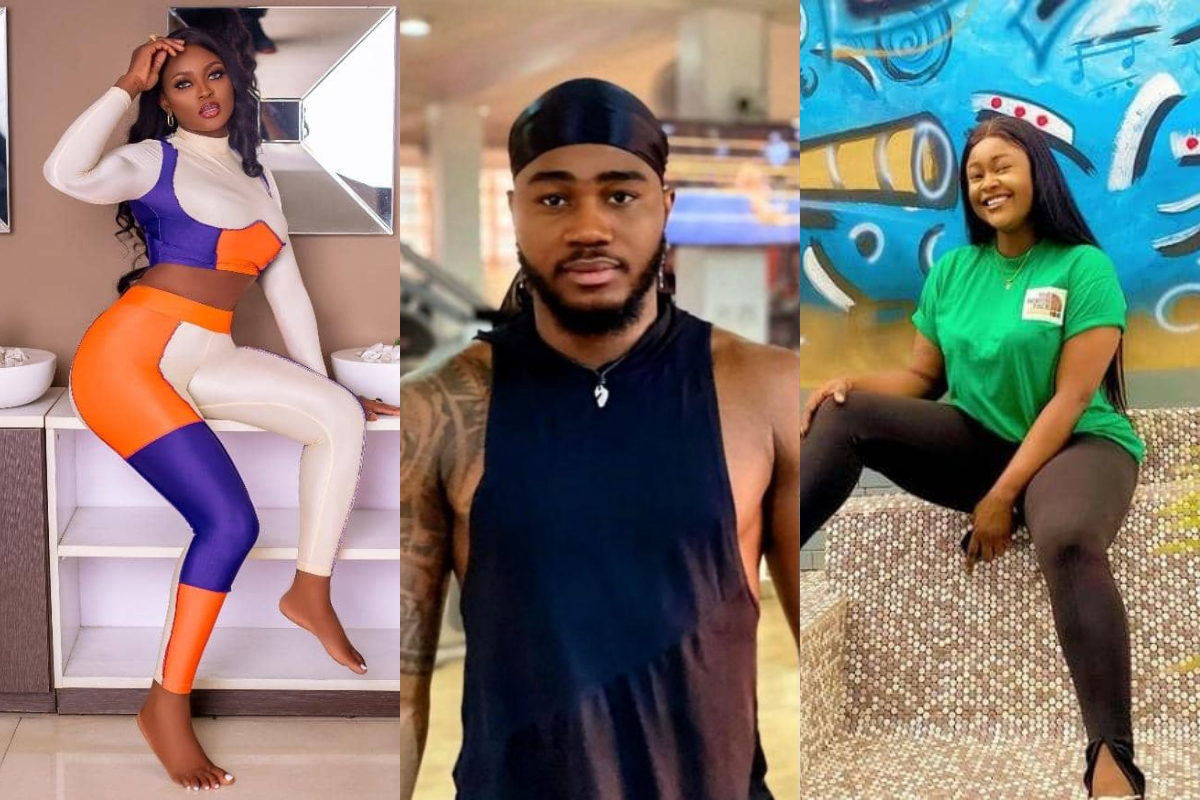 Nancy Iheme, a Nigerian actress, has blasted BBNaija star, Ka3na after apparently ridiculing herself at the BBNaija reunion while bringing Praise down, contradicting the lies she made up earlier.

Nancy Iheme, just like every other person, seems surprised at what is happening at the reunion since a lot of the housemates were portrayed to be saints during the show but now are spilling out what happened secretly among them.

One of them is Ka3na finally admitting that she had $3x with Praise in the house even though she claimed they only cuddled at first. Nancy Iheme, reacting to this, has taken Ka3na out of her dictionary as a bosslady.

According to Nancy Iheme, Ka3na is no more a bosslady to her because as a bosslady, you don’t kiss and tell and with what she said, Praise fvcked for life her hence she coming to say he’s a 5 seconds man is useless.

Nancy Iheme then added that she could have maintained the same lie she came out of the house she used to save her face, but now she has ridiculed herself while trying to put Praise down by spilling the truth to counter the lie made up.

Nancy Iheme then used Ka3na’s situation as an example to inform the BBNaija organizers to make sure that they show everyone and what they represent in the show so they don’t end up judging someone and leaving the rest. 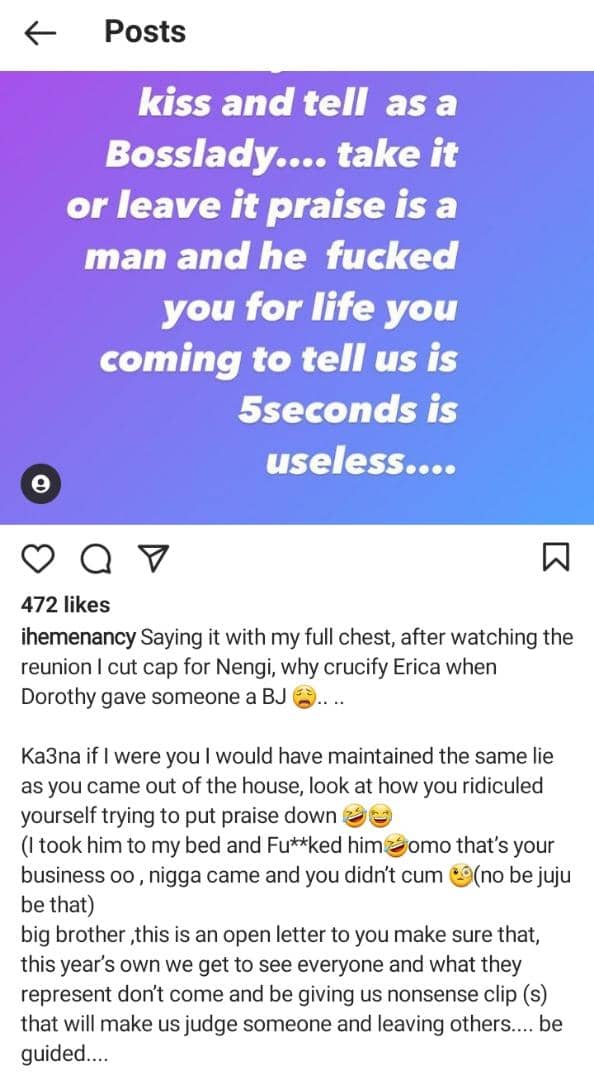