Soetan on Wednesday urged Nigerians to stand against any attempt by Buhari to return Nigeria to the dark military days bloating the country's history. 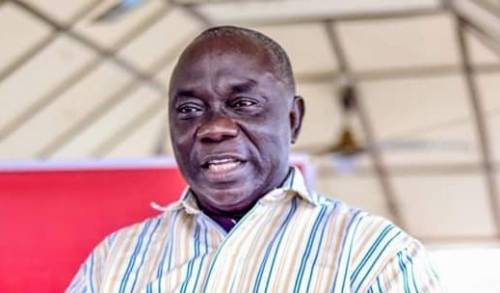 Adeola Soetan, the coordinator of Democracy Vanguard, has described President Muhammadu Buhari as having an incurable fear of people's freedom and rights, SaharaReporters reports.

Soetan on Wednesday urged Nigerians to stand against any attempt by Buhari to return Nigeria to the dark military days bloating the country's history.

The Nigerian government recently banned the microblogging platform, Twitter after the company deleted a comment posted by Buhari in which he referred to the Nigerian Civil War.

The comment was found distasteful by many Nigerians who complained to Twitter, prompting the platform to delete it.

But the government soon after banned Twitter, claiming it threatened the corporate existence of Nigeria.

About the Twitter Ban, Soetan said the microblogging site had nothing to do with the security challenges facing the country.

"Boko Haram did not use Twitter before they became terrorists and continue to terrorise Nigeria for over a decade now.

"It was not Twitter or any social media platform that created bandits who maim, kill, rape and kidnap for ransom and collect the money 'face to face' with ransom payers.

"Twitter didn't facilitate the invasion of people's farms and villages by violent Fulani herdsmen who kill and maim in desperation to openly graze their cows.

"Gen. Buhari and his fellow coup gangsters didn't use Twitter or other social media platforms when they illegally overthrew (Shehu) Shagari government.

"So, why did Buhari's regime now think that banning Twitter and threatening to kill social media will banish hunger, poverty, unemployment, and frustration that are the caused of insecurity in the country?" he asked.

Soetan also recalled the despotic rule of Buhari as a military dictator between 1983 and 1985, adding that even now as a democratic leader, the President is unable to lead as a civilian.

He said, "Since 1984 when he unleashed Decree 4 against press freedom as military head of state, Buhari has always been a pathological phobic for anything freedom and fundamental rights.

"Thirty-four years after, with his renewed war of attrition against press freedom, social media, and fundamental human rights, he is showing us that people don't change, they only age with their character.

"We must never allow President Buhari to return us to the draconian era of Gen. Buhari, if not, the labour of our late heroes of the struggle against tyranny, Alao Aka-Bashorun, Gani Fawehinmi, Beko Ransome Kuti, Balarabe Musa, Mrs. Funmilayo-Kuti, Madam Sawaba, Chima Ubani, Rotimi Ewebiyi, Bamidele Aturu, and a host of other unsung heroes including students, artisans, and journalists who were killed in the course of struggles against tyranny, will be in vain. We must always resist, protest, write, shout against tyranny."