The Ag. National Publicity Secretary of the Chief Okeke-led faction, Ikechukwu Chukwunyere, stated this while briefing journalists on Wednesday, in Abuja. 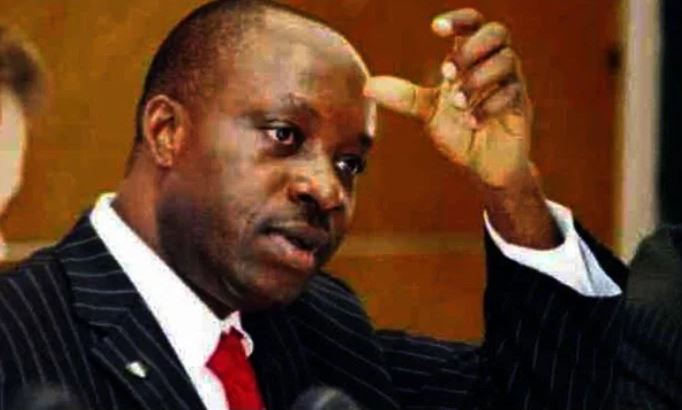 According to a report by The PUNCH, the Chief Jude Okeke-led National Working Committee of the All Progressives Grand Alliance on Wednesday, announced the suspension of a former Governor of the Central Bank, Prof. Chukwuma Soludo from the Party for anti-party activities.

The Ag. National Publicity Secretary of the Chief Okeke-led faction, Ikechukwu Chukwunyere, stated this while briefing journalists on Wednesday, in Abuja.

He said the decision to suspend Soludo, who is a governorship aspirant of the party, was taken late Tuesday night at the meeting of the Party.

He applauded the peaceful and successful “Special Delegate Ward Congresses where three-member Ward Delegates were elected for the July 1, Governorship primaries of the party.

Chukwunyere said the APGA faction resolved to suspend Soludo due to his activities said to be threatening the unity of the party.

He said, ” The NWC also applauded the members of the party in Anambra State who thronged to the Ward offices across the 326 Wards in the state to elect the 3 man Ward delegates who would elect the Governorship candidate of the Party on 1st July, 2021 in line with the provisions of the Party Constitution, INEC Guidelines and the Electoral Act.

“The Party is ready for the July 1 primary election and the winner will lead APGA to victory at the November 6th, 2021 Governorship election.”
He described the Governorship primary election held in Awka on Wednesday, June 23, as “a sham and effort in futility maintaining that in due time, the courts will declare it as invalid, unconstitutional, null, void and of no effect whatsoever.”

He said, “The National Executive Committee of our Party has just finished meeting and has ratified the Delegates list for onward submission to INEC in line with the INEC Guidelines”