According to Shinkafi, he joined APC to rebuild Zamfara state and not for material gain. 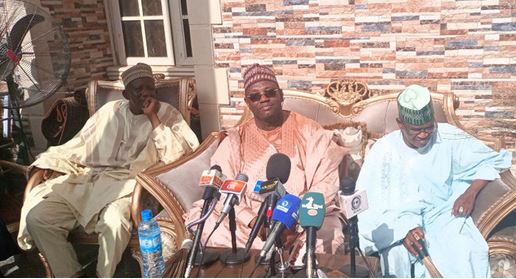 A former National Secretary and Governorship candidate for the All Progressive Grand Alliance (APGA) in the 2019 gubernatorial election in Zamfara state, Dr Sani Abdullahi Shinkafi, has joined the ruling All Progressives Congress, APC.

Speaking after formally declaring his defection from APGA to APC on Monday June 28, Shinkafi stated that contrary to public opinion he didn’t join the APC for material gain.

He also maintained that he was one of the founding fathers of APGA, and has been in the party for 19 years where he rose up to the rank of the National Secretary of the party.

“I am leaving APGA not because I don’t like the party but I am living APGA in order to join Matawalle in the APC to rebuild Zamfara State.

“I was invited by Governor Bello Matawalle himself to join him in the APC, as such I see no reason why I should not join him.

“Those who are thinking that I am defecting to APC because of material things are wrong.

“I have decided to defect to APC as from today Monday 28, 6 2021 and I am calling on all my supporters to also join me in the APC.

“I am not forcing anybody to defect to APC and I will however continue to relate with those who chose to remain in the APGA because of our long-existing relationship”.