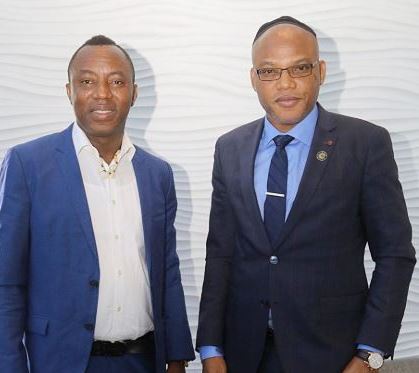 Omoyele Sowore, a popular Nigerian activist and Convener of Revolution Now, has called for the immediate release of IPOB leader, Nnamdi Kanu.

“FreeKanu now! Asking for self determination is not a crime!”, he wrote.

The leader of the Indigenous People of Biafra (IPOB) is in the custody of the Department of State Services (DSS).

This followed his arraignment on Tuesday before Justice Binta Nyako of the Federal High Court, Abuja.

The judge adjourned until July 26 for continuation of trial.

Kanu, who faces treason charges, was arrested outside the shores of the country and flown back to Nigeria.

The secessionist jumped the bail he was granted in 2017 and had remained elusive.