Ismail suffered third-degree burns on 70% of his body. He was rushed to a hospital in the nearby city of Dohuk for treatment. 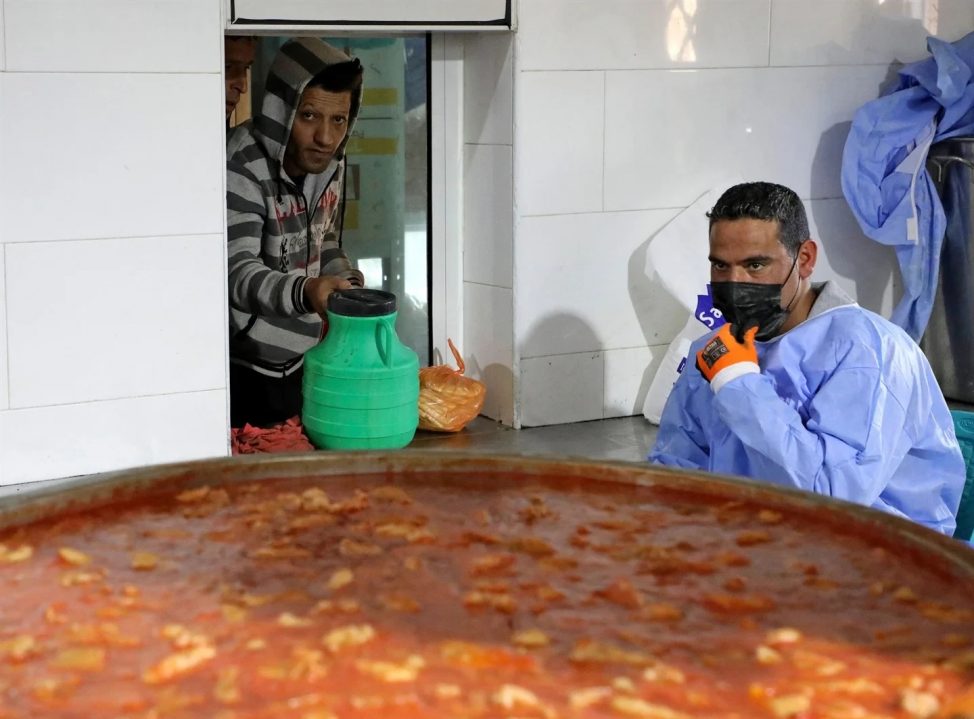 A worker of the Islamic waqf (endowment) prepares and serves soup for people in need at the Takeyat Ibrahim kitchen in Hebron’s Old City in the Israeli-occupied West Bank during the Muslim fasting month of Ramadan on April 15, 2021. | Image: Hazem Bader/AFP via Getty Images

In what will come across as a really shocking development, preparations for a wedding in Iraq took a horrific turn after a cook fell into a vat of chicken soup and died from severe burns.

25-year-old Issa Ismail, was making chicken soup for a wedding party on 15 June in Iraq’s northern district of Zakho, when he slipped and fell into the vat, according to several Middle Eastern outlets.

It is not uncommon for large vats of soup to be prepared in Middle Eastern weddings, which typically host between 200 to 600 people.

Ismail suffered third-degree burns on 70% of his body. He was rushed to a hospital in the nearby city of Dohuk for treatment.

However, he succumbed to his injuries five days later in the local Dohuk Hospital, per a report from local media outlet Al Bawaba.

According to Saudi news outlet Arab News, members of his family spoke to live television network Rudaw, saying Ismail was a father of three who left behind two daughters and a six-month-old son.

“He has been working as a cook for eight years, where he cooked food at wedding parties, funerals, and various ceremonies. For the last two years he has been working in party halls for 25,000 dinars (around $17) per day,” said his relative Zervan Hosni, during a Rudaw broadcast.

His tragic death led to an outpouring of grief on social media after news of the accident broke out.