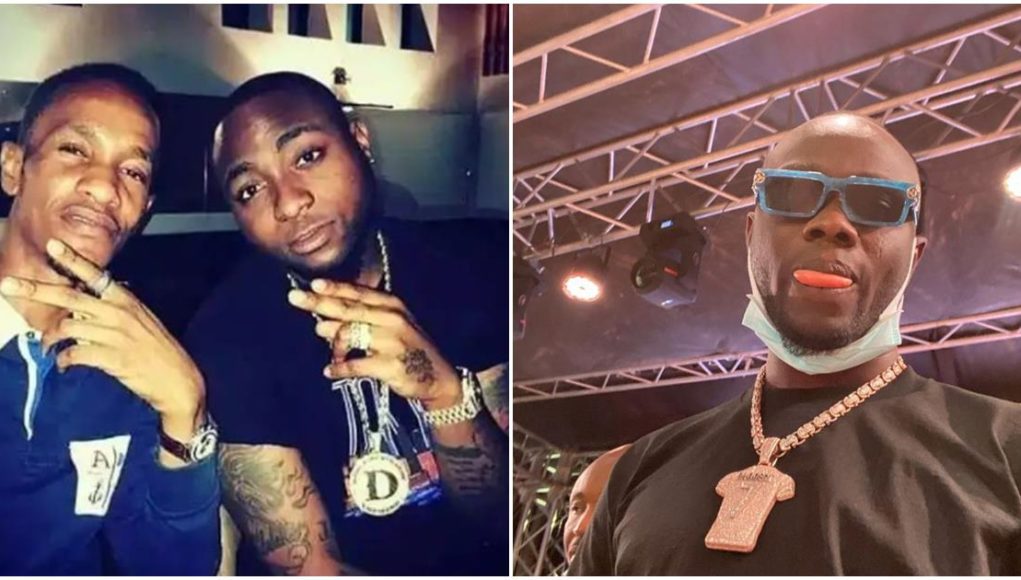 The death of Davido's crew and members has left fans suspicious
Nigerians have expressed concern over the number of Davido's friends and crew members dying in a matter of 4 years.
This comes following the tragic death of Obama DMW.
Many believe recent events are not ordinary.
Let’s take a walk down memory lane as we remember them.
1.Tagbo: He was the first friend Davido lost in 2017. His death caused a lot of controversies. It was said his death was as a result of suffocation.
2. DJ Olu: A few weeks after Tagbo’s death, Dj olu was found dead in a BMW parked in a garage in Banana Island.
3. Chime: it is unfortunate that DJ Olu died alongside Chime, who’s also a close friend to the singer.
4. Ahmed: Almost three years gone, Davido took to his Instagram page to mourn another of his closest associates, Ahmed. Although, the cause of his death wasn’t stated.
5. Tunji: Not quite long after the demise of Ahmed, Tunji, a personal bodyguard to the singer, Davido was also laid to rest.
6. Obama DMW: Davido’s personal aide, Obama DMW passed away on Tuesday, June 29. It was reported that he rushed himself to the hospital after having difficulties breathing. Unfortunately, he was pronounced dead hours later.
See reactions below:
@crystallove_8 wrote “how do some know is drinking and drug!? other superstars and their crew nkoh!?.. aren’t they taking alcohol and drugs!?.. something is serious wrong is going on in Davido’s crew period!..”
@duchess_lingeri wrote “Can’t even imagine but what is going on the deaths in his camp is too much Kai”
@dr___darko40 wrote “As we pray for him let us also remind him that “excessive lifestyle” is the result of the death in his camp. He and his crew need to slow down on drinking , drugs, womanizing etc”
@lemon77724 wrote “You guys musicians especially 30BG needs to calm down with alcohol and drugs, sometimes I wonder how u guys do it drinking and smoking everyday !!! So many fake drinks now in Nigeria I had to stop alcohol cos of this !!! RIP Obama this breaks my heart”
@temmyl wrote “RIP bro… Something is fishy tho with Davido’s team… You people need to join NSPPD”