A man accused of being gay has been brutalized by villagers in Anambra state. 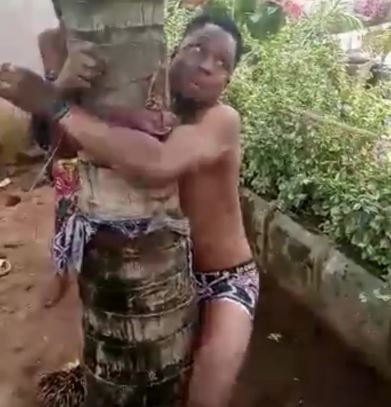 Gay man flogged in Anambra
A young man accused of engaging in homosexuality has been beaten mercilesly in Okija area of Anambra state.
According to a video of the incident, those who brutalized him accused him of sleeping with underage boys.
The gay man was flogged after being tied to a tree.
He was later paraded round the village naked.
His accomplice was given a lesser treatment because he's a minor.
The video has been described as horrible by many.
Watch video below:
Top Stories