Our correspondent gathered that some policemen from the Okoko Police Station arrested Livinus on June 10, 2021, for allegedly trespassing on a property in the Ojo area of Lagos State. 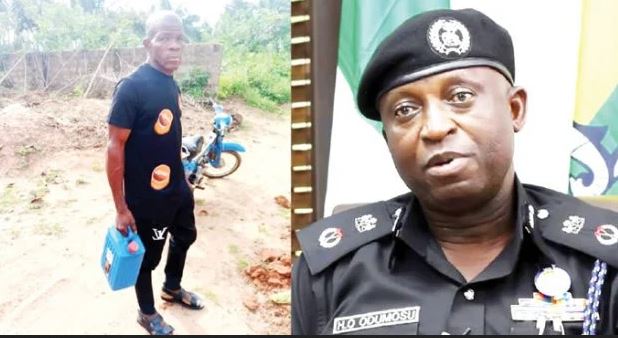 According to a report by The PUNCH, the family of a labourer, Livinus Onyekaba, has demanded justice for him after the police in Lagos allegedly tortured him into a coma which led to his death.

It was gathered that some policemen from the Okoko Police Station arrested Livinus on June 10, 2021, for allegedly trespassing on a property in the Ojo area of Lagos State.

PUNCH Metro learnt that after spending some days at the police station, 59-year-old Livinus was transferred to the police command headquarters, where he was allegedly tortured into a coma.

His daughter, Olivia, told our correspondent that he was released on bail to the family when his health deteriorated.

She said, “My dad bought some things in a house from one Mr Yusuf Remilekun after he gave my dad a contract to demolish the house. They negotiated on the prices of the items and my dad transferred N1m to Mr Remilekun on June 9 after both of them signed a document on it.

“My dad went to the building on June 10 to remove the items he bought and commence the demolition of the building when some people who claimed to be family members of Mr Remilekun came with the police to arrest my dad and his co-workers for trespassing on the property. He was taken to the Okoko Police Station where he spent five days before he was transferred to the command headquarters in Ikeja.

“After my father was transferred, none of the complainants came, while the police did not disclose who asked them to arrest my father; Mr Remilekun was also on the run. The IPO said my father would not be released until they see Mr Remilekun and he asked us to pay N100,000 to enable them to track him. The money was paid to the IPO, one Opeyemi, on June 29 by the lawyer representing my father; but we didn’t get any report on that.

“The IPO also requested N500,000 for bail on that day and said if we didn’t pay on time he would increase it, but after the lawyer negotiated with him, he reduced it to N300,000. After the payment, my father was released on July 1, with his eyes closed.

“When we asked the police why he was not opening his eyes, they simply said they didn’t know what happened to him. All through the ride from Ikeja to the hospital in Ifo in Ogun State, he did not open his eyes or say anything.

“A few hours after his death on Sunday, we called the IPO to inform him and he said he would get back to us, but he never called, neither has he answered any of our calls since then.”

Olivia, who demanded justice for her father, alleged that the police were part of a scheme to extort money from her family.

She said she believed that the police killed her father, adding that no complainant showed up at the police station.

“I called him the day he was arrested to ask for money from him and he told me that he was at the police station sorting out issues. He promised to call back, which he did. But the next day, which was my birthday, I expected his calls and got none; he didn’t text me or make any post on Facebook. I assumed he was busy, but my mom called later that night to tell me that he never came home and that he was still at the station.

“He was tortured in the cell. His death certificate stated that he was hit several times in the head. My father’s brain died before he gave up. He was only trying to make life comfortable for me and my siblings. Now, they’ve deprived us of that,” she added.

The state Police Public Relations Officer, Olumuyiwa Adejobi, promised to get back to our correspondent after making enquiries about the case.