According to her mom, she had reported being r3ped and then was subsequently bullied online about the horrific ordeal until she took her own life. 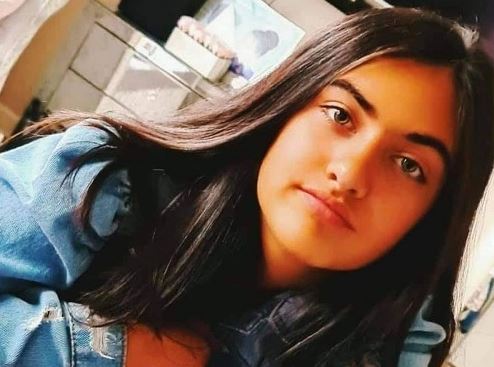 A 12-year-old girl has committed suicide after she was raped and continuously attacked by a bully.

Semina Halliwell passed away on June 12, after spending four nights in a hospital, the Liverpool Echo reports.

Her mum, Rachel Halliwell, said she had reported being r3ped and then was subsequently bullied online about the horrific ordeal until she took her own life.

Merseyside Police confirmed it had received a report of a 12-year-old girl being r3ped at an address in Southport on February 25.

Rachel said: “After having her innocence taken, Semina was bullied online on a daily basis. She couldn’t take it anymore.”

In the video, Semima appears to be hit, kicked, and shoved to the floor while outnumbered by a gang of teenagers.

The youngster does not appear to retaliate and is still getting kicked in the back as she tries to get to her feet.

Rachel said she wants people to see the footage, saying: “I want the whole country to see what my daughter went through.

“I will not stop until I get justice for my baby.”

Rachel says even after her death, Semina continues to receive sick abuse.

Horrific screenshots seen by the ECHO show people making fun of Semina’s death, and even threatening to “trash” her grave, on Snapchat.

Merseyside Police is investigating a report of r3pe, and a “number of allegations relating to the same alleged victim received before and since her tragic death”.

A spokesman said: “A report was received on March 23 that a 12-year-old girl had been raped at an address in Southport on February 25.

“An investigation was launched and a juvenile voluntarily attended a police station for an interview.

Semina’s funeral will take place on July 23 and Rachel said anyone who knew and loved her daughter is invited to “celebrate her short life”.