The police spokesperson said items recovered from Ebere's house include an iPhone, a Bank ATM Card and a wrist watch belonging to Christopher Obilor. 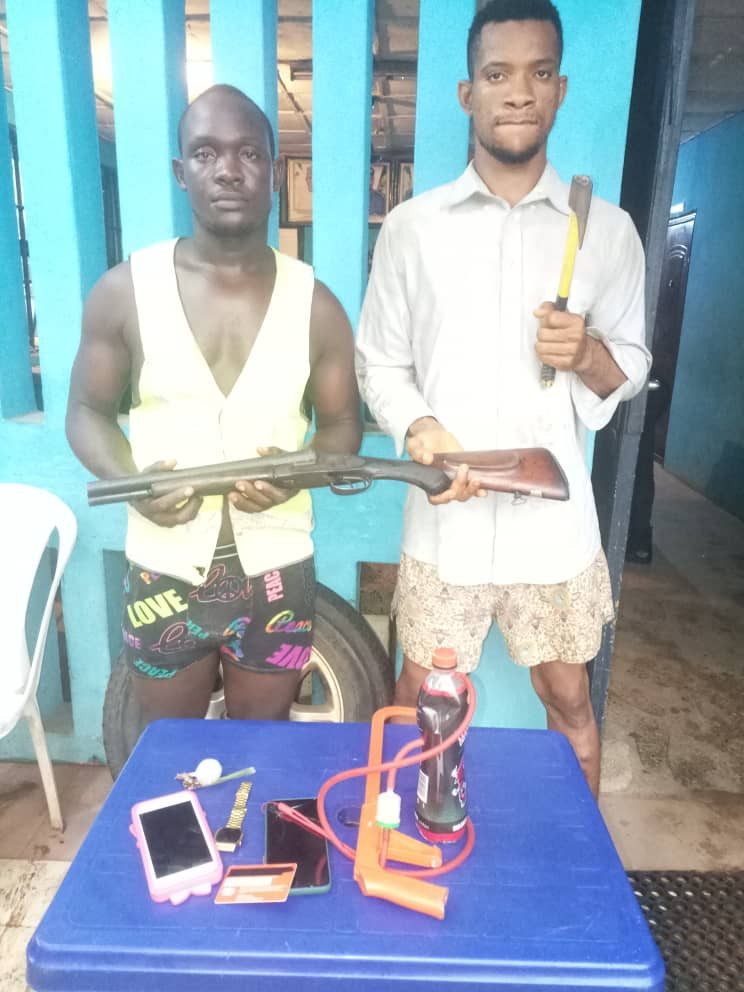 The Nigeria Police Force, Imo State Command have arrested one Christopher Obilor, a suspected armed robber, a cultist and also a Higher National Diploma (HND ) student of Biochemistry in Federal Polytechnic Nekede,  whose gang has allegedly been terrorizing the Nekede community.

A statement released by CSP Michael Abattam, spokesperson of the state police command today July 9, says the command's tactical team while acting on an intelligence report, stormed the hideout of the suspect at Nekede Polytechnic Road Owerri,  Imo State where he was arrested.

''When his house was searched, a locally made cut to size double barrel gun, one short axe,  a saw blade and substance suspected to be hard drug were recovered. On interrogation, he confessed to his membership of the dreaded Black AXE confraternity and also a member of a robbery syndicate with an operational base in Nekede.'' the police spokesperson said

Abattam added that on July 6, Obilor led the command's tactical teams to the house of his accomplice who sold the gun to him at No.8 Naze road Umuoma in Owerri North LGA of Imo State where 27-year-old Ebere Michael aka "Dede ", of Agbaje Ehime Mbano LGA of Imo State was arrested.

The spokesperson said items recovered from Ebere's house include an IPhone, a Bank ATM Card and a wrist watch belonging to Christopher Obilor.

He added that an investigation is ongoing and efforts are on top gear to arrest the remaining members of the syndicate.