He had been accused of paying a private visit to the British High Commissioner to Nigeria, Mrs Catriona Laing where he allegedly discussed the affairs concerning IPOB. 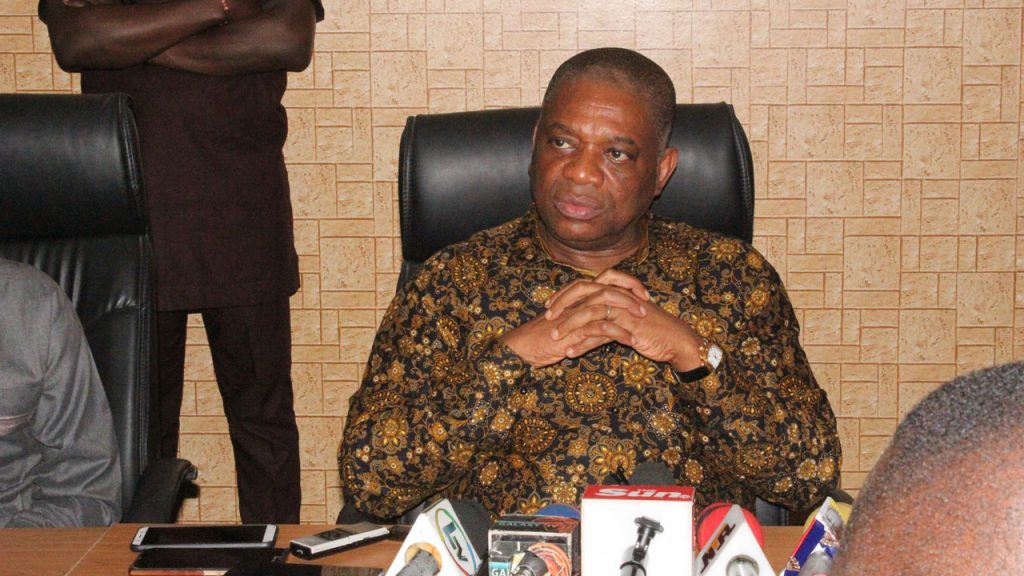 Kalu
Senator Orji Uzor Kalu has said reports that he took issues concerning the Indigenous People of Biafra (IPOB) to the British High Commission is false.
He had been accused of paying a private visit to the British High Commissioner to Nigeria, Mrs Catriona Laing where he allegedly discussed the affairs concerning IPOB.
In a statement on Monday, which was signed by Barrister Emeka Nwala, who is the Chief Whip of the Senate, explained that the British High Commissioner visited him in his Abuja residence on May 13 in company of the Political Counsellor, British High Commission, Mr Jonathan Bacon and Mr Stuart Gardner, the 1st Secretary, Political.
He noted that prior to the arrival of the British Envoy “the Minister of Labour and Employment, Dr Chris Ngige was in his house on a cordial visit, which he didn’t know that the British Envoy was paying him a visit on that fateful day.
“It, therefore, baffles me that people could just be carelesssly mischievous to state that I paid Her Excellency, Mrs Catriona Laing a courtesy visit with Dr Ngige. ”
Continuing he said, “In the last few weeks, there has been an increasing campaign of calumny against my person. I have been attacked right, left and centre. It has been from one rumour and lies to another propagated by those suffering from jealousy and pull him down syndrome. This habit of sponsoring recycled false allegations against me is simply to discredit my goodwill on the good people of Nigeria.
“To put the records straight, I neither visited nor discussed IPOB With British High Commissioner as reported. Those behind this repeatedly shameful act will live to regret their actions as their efforts will not only fail but turn around to favour me.”
The story circulated in the media with Kalu as the author read thus:
“I visited the British High Commissioner to Nigeria, Her Excellency, Mrs Catriona Laing with my brother Senator Chris Ngige to express gratitude over her contributions in silencing the issues of insecurities and attacks on the Nigerian force personnel championed by the Indigenous People of Biafra (IPOB), as the issue of insecurity and killing has been defeated totally in the Eastern region.
“We also made it known to her that the entire Igbo elite strongly believed in one Nigeria and very much in support of President Muhammadu Buhari led government.”
Top Stories