Police in Niger state have apprehended at least sixteen cultists during the celebration. 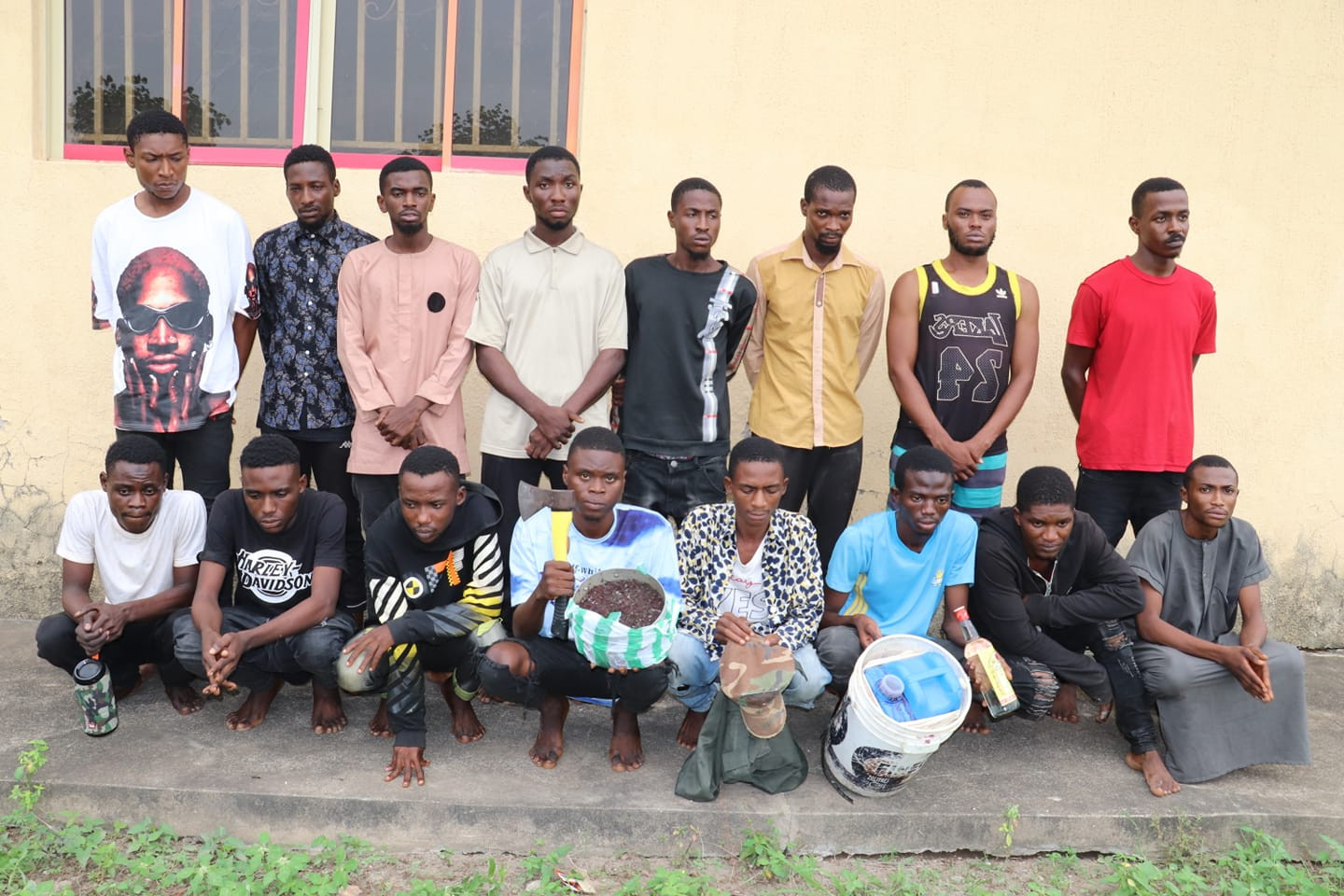 Suspected cultists
At least 16 cultists have been nabbed by police in Niger state.
They were arrested in Lapai Local Government Area of the state.
Spokesperson of the command, DSP Wasiu Abiodun, who disclosed this in a statement on Tuesday, July 13, said the suspected members of Black Axe cult group were arrested at Gwaranyo lodge, state low cost area of Lapai while conducting their annual 7/7 celebration.
"On 07/07/2021 at about 2100hrs, acting on a credible intelligence, police operatives attached to Lapai Division arrested the following suspects, Joseph Biyama, 22, Adewale Sunday, 28, Ahmed Ahmed, 23, Victor Dada, 23, Kazeem Yahaya, 26, Emmanuel Ogbadu, 24, and Shittu Babatunde, 23, all students."
Others are Mikailu Yahaya, 21, Abdullahi Mohammed,26, Shekwolo Lamech, 23, Damilola Idris, 20, Taiwo Hussaini, 25, Haruna Lanre, 24, Saheed Saheed, 28, all graduates. John Simeon, 23, Agbonika Ojoma, 24, both are non-students but of IBB University Lapai.
The statement says "they were arrested for being suspected members of Black Axe cult group at Gwaranyo lodge, state low cost area of Lapai while conducting their annual celebration of 7th July (7/7) in a room rented by Mikailu Yahaya, a student of IBBU Lapai residing off campus who just finished writing his final exams on 30th June, 2021."
"Seven of the suspects arrested are still students of IBBU Lapai, seven others claimed to have graduated from the same school while the remaining two are non-students."
Items recovered during the celebration and initiation ceremony includes, one small axe, one Army trouser, an Army face cap, one pot soaked with dried leaves suspected to be Indian hemp, one fifteen litres jerrican containing concoction suspected to have been mixed with illicit drugs, two bottles of castello alcoholic drink, one MP3 radio player.
"However, the case is under investigation while suspects will be arraigned in court for prosecution as soon as investigation is concluded. Therefore, parents/guardians are advised to always warn and monitor thier wards activities both at home and school to avoid peer group influence into unlawful association." the PPRO added.
Top Stories