The lawyer to the dismissed anti-corruption boss said his client was absent on health grounds. 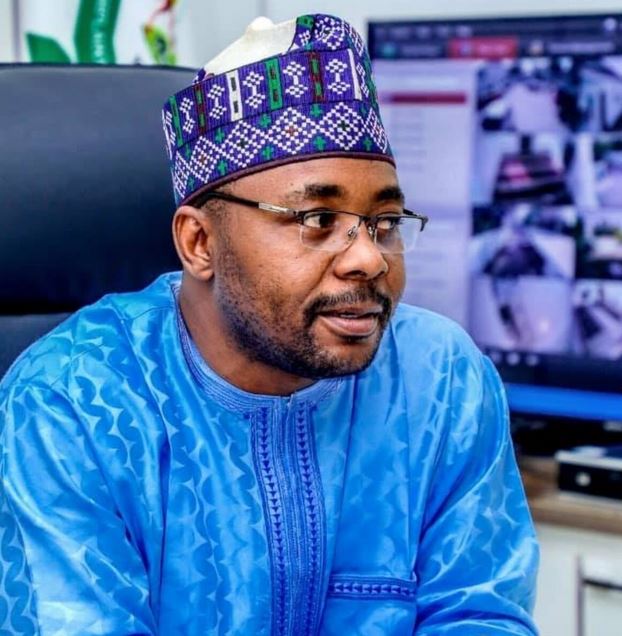 Muhuyi Magaji-Rimingado, the suspended Chairman, Kano Anti-corruption Commission, was absent on Wednesday at his probe hearing set up by the House of Assembly Committee.

The Deputy Director, Legal, Kano state House of Assembly, and Secretary, Ad hoc Committee, probing anti-corruption activities of Muhyi Magaji Rimin Gado, Abdullahi Abdussalam, said letters from Rimingado Counsel, explained that he will not be handy because of his deteriorating health conditions.

He said the “Magaji Rimi Gado was suspended from office on 5th day of July 2021, and no single document was served him to date

The Lawyer said ” he was not served with a letter of suspension, a copy of allegations against him, no single document was served on him”

Fari explained that the only document his client received was a “letter dated 12th day of July from the Committee of the House inviting him to appear before them without the name of the complainant, the name of the petitioner, and the allegation against him, nothing. ”

Barrister Fari disclosed that his client is ready to honour the invitation and meet with the Assembly as soon as relevant documents were made available to them.

He said they were ready to embrace appropriate legal action to force compliance in event of failure to respond to their request.

AbdulSalam said, “The sitting today has been suspended based on the letter submitted to us by Muhuyi Magaji-Rimingado counsel.”

He said “They send a letter that he is attending to health issues, and they also requested for some documents from us which we are ready to oblige. “