Tasiu was said to have been killed when the gunmen stormed Tilden Fulani in Toro Local Government Area of Bauchi State on Tuesday, July 13. 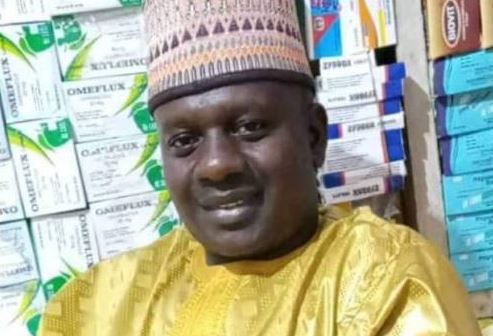 Tasiu was said to have been killed when the gunmen stormed Tilden Fulani in Toro Local Government Area of Bauchi State on Tuesday, July 13.

The armed men stormed his pharmacy, shooting sporadically into the air to scare people away while attempting to kidnap the victim popularly described as Mai Kermis. Sadly, one of the bullets hit Tasiu, killing him.

Confirming the incident, the spokesperson of the state police command, Ahmed Wakil, said;

“Some yet-to-be-identified gunmen stormed Tilden Fulani in Toro LGA on Tuesday. Their main mission was to kidnap their target, one Tasiu Abdulkareem Tilde, who was operating his business in the area.

A good Samaritan put a distress call through to our patrol team in the area, they immediately mobilized to the scene of the incident, but before they got there, the suspected kidnappers had fled, leaving their victim in a pool of his blood.

The patrol team immediately evacuated him to the nearest Toro General Hospital where, on arrival, a medical doctor on duty certified him dead.

Investigation is ongoing to apprehend the suspects."