Iddo Sarki community harbours the largest number of students of the university and is about 130 metres away from the permanent site of the institution. 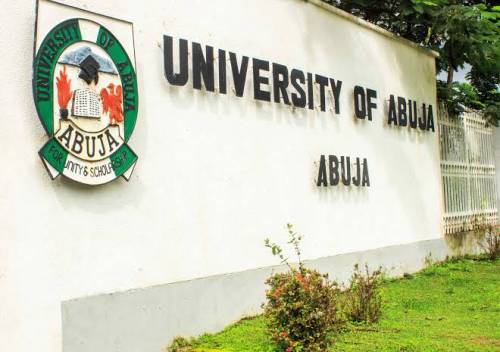 Daily Trust reports that about 103 students of the University of Abuja staying off campus at Iddo Sarki along Airport Road, Abuja, were displaced following a demolition exercise carried out by the Development Control of the Federal Capital Development Authority (FCDA) in the area.

According to Daily Trust, Iddo Sarki community harbours the largest number of students of the university and is about 130 metres away from the permanent site of the institution.

It was learnt that the demolition exercise was led by a combined team of the Department of Development Control, FCT ministerial committee on city sanitation and Department of State Service (DSS).

A 200-level student, Samuel Ebuka, who was one of the affected students, said he and his course mate contributed N80,000 each to rent an apartment in the community.

He said, “I was at the main campus on Saturday when my roommate called me that there was demolition going on, so I rushed to join him to move our belongings out of the house.”

He said he could not afford to pay N120,000 for a bed space at the main campus and so decided to join with his colleague to rent a single room.

Another student affected by the demolition, Felicia Abraham, said, “Thank God, I was at home when they started the demolition, so I quickly moved my belongings out of the house to one of my course mates who is also renting in the village cause her apartment was not affected.”

Miss Abraham claimed that she was compelled to stay off campus because of the stiff competition in acquiring a bed space in the hostel.

It was also reported that some newly completed self-contained houses were demolished during the exercise.

The Chairman of the Ministerial Committee on City Sanitation, Ikharo Attach, while reacting about the demolition, said the FCT Minister, Muhammad Musa Bello, was enraged by people’s repeated disregard for warnings to stay away from local chiefs that had no authority to sell land or transfer any valid title to buyers of land.

He said the demolition exercise was a fast intervention to avoid further distorting the city’s growth plans and to save desperate business men and women from financial ruin.

Also, the acting Director of Development Control, Garba Kwakur, said the land on which the illegal development was ongoing had been allocated to the Nigerian Navy.

The spokesman of UniAbuja, Habib Yakub, said the issue of insufficient hostel accommodation was not peculiar to the institution.

He said, “Even though I am not aware of this issue of demolition exercise at Iddo Sarki you are talking about, but the issue of shortage of hostel accommodation is not peculiar to University of Abuja.”