In a statement, the spokesperson of the state police command, CSP Olumuyiwa Adejobi, said the planned rally would be resisted with everything available at their disposal. 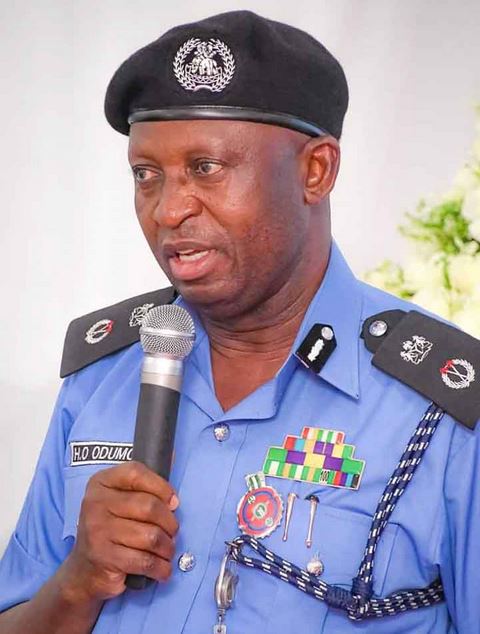 The Lagos State Police Command has warned the Yoruba Appraisal Forum (YAF) to desist from embarking on a rally which is to hold at the Gani Fawehinmi Freedom Park, Ojota, Lagos, by 9am on Friday, July 16.

In a statement released, the spokesperson of the state police command, CSP Olumuyiwa Adejobi, said the planned rally would be resisted with everything available at their disposal.

According to Adejobi, the command has painstakingly carried out threat analysis and gathered intelligence on the proposed rally which has been considered ill-timed due to a number of security and health-related dangers it portends on Lagos State.

''It would be recalled that the Lagos State Government has just announced the emergence of the Delta Variance of COVID-19 pandemic in the State and increased number of COVID-19 cases recorded which has forced the University of Lagos to shut down while others live in the fears of the new deadly variance.

This singular health-related reason is enough to halt the rally as it will definitely trigger and spread the pandemic in the state.'' the statement read

Adejobi added that a gathering of such kind at a strategic location of Ojota in Lagos State will definitely compound the traffic situation in the state due to the ongoing road rehabilitation in the area, as well as the upsurge in the movement of people in and out Lagos because of the forthcoming Eid-Kabir.

''The spillover effects of the heavy traffic on the feeder or adjoining routes to Ojota might open a corridor for miscreants to swiftly attack and rob unsuspecting road users in traffic. This must be prevented in order to continually keep the miscreants at bay to maintain adequate security of lives and properties of the good people of Lagos State.

Based on processed intelligence at the command’s disposal, there is every possibility that the motorcade/rally will be hijacked by miscreants which will even be risky to the organizers and the general security of the state.

The ugly incident recorded at the Oodua Republic Rally of 3rd July, 2021, at the same area of Ojota, Lagos State, is still fresh in our memories, let alone the massive 2 destruction of lives and properties experienced during the October 2020 #Endsars violent protest in Lagos State.

In the light of the above, the Command strongly warns against any rally or mass gathering in any part of Lagos State, as such will be tantamount to jeopardizing the security system of the state at this moment and expose the participants of the proposed rally and innocent people of Lagos State to avoidable security infraction, traffic problem, health hazard and other social/economic vices.

The Police and other security agencies in the state have been on red alert to prevent any unlawful rally and lawlessness in any part of the state, while parent and guardians are urged to warn their children and wards not to involve themselves in any such activity which may portend danger to the state.

It is pertinent to reassure the general public that, in as much as the Nigeria Police is mindful of total respect for people’s rights and dignity, the Command will not tolerate any act capable of causing breakdown of law and order in Lagos State. '' the statement further read