Nigerian Man Arrested With Cocaine Worth N18M In India


The Nigerian trader was apprehended by the authorities and was accused of supplying drugs to peddlers and customers in Mumbai. 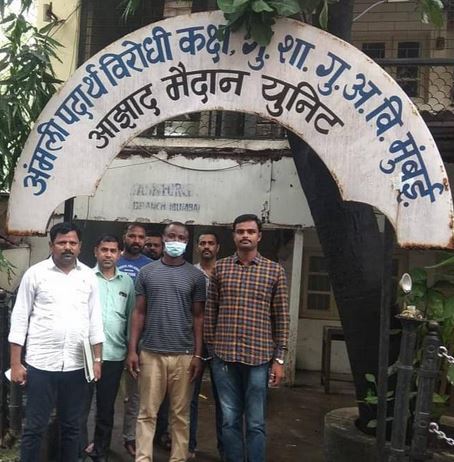 Nigerian Man Arrested With Cocaine Worth N18M In India

A 44-year-old Nigerian trader identified as Umunna Ndubuisi Williams has been arrested by the Anti-Narcotic Cell (ANC) of Mumbai crime branch and 110 grams of cocaine worth Rs 33 lakh (N18,167,990.30) has been allegedly recovered from him.

ANC officials said that a police constable with Azad Maidan unit received information of a foreign national coming to South Mumbai to make a drug deal.

Accordingly, ANC officials laid a trap and caught hold of the accused. The accused was arrested in the wee hours of Thursday, July 15, near pole number FR/ 136, near Loha bhavan bus stop, towards Wadibunder, PD Mello road, Mumbai.

The police said the arrested accused is a cloth trader and resident of sector 27, Kharghar, Navi Mumbai.

"We have seized 110 grams of cocaine worth Rs 33 lakh. He allegedly supplied the drugs to peddlers and customers in Mumbai", said Datta Nalawade, Deputy Commissioner of Police, ANC.

Nalawade said that a case had been registered under relevant sections of the Narcotic Drugs and Psychotropic Substance Act, 1985. "We are checking the supply chain of Williams", said the police officer.