The diplomat spoke on Wednesday while featuring on PUNCH Online interview programme, The Roundtable. 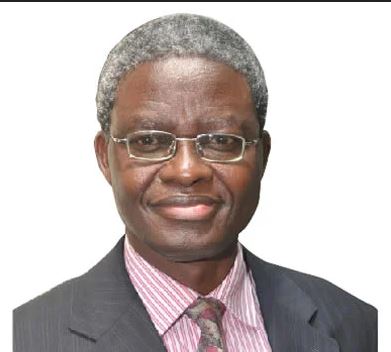 Prof. Bola Akinterinwa, a former Director-General of the Nigerian Institute of International Affairs, has warned the regime of the President, Major General Muhammadu Buhari (retd.), against provoking self-determination proponents to start throwing bombs in the country.

The diplomat spoke on Wednesday while featuring on PUNCH Online interview programme, The Roundtable.

The Buhari regime has, in recent times, clamped down on secession agitators from Southern Nigeria. The agitators had set out to break away from Nigeria, citing dissatisfaction, perceived injustice, and insecurity, among others.

Leader of proscribed Indigenous People of Biafra, Nnamdi Kanu, is currently in the custody of the Department of State Services after he was extradited from a foreign country.

Similarly, the Buhari regime had declared Yoruba Nation activist, Sunday Adeyemo aka Sunday Igboho, wanted and the regime has been pushing for the extradition of the activist who was arrested by Interpol in Benin Republic on Monday at the behest of the Nigerian government.

The PUNCH had earlier reported that Nigeria’s Ambassador to Benin Republic, Lt. Gen. Tukur Buratai (retd.), an immediate past Chief of Army Staff, has been pushing for Igboho’s extradition to Abuja.
However, Igboho’s lead counsel, Yomi Alliyu (SAN), argued that his client could not be extradited because the 1984 Extradition Treaty between Nigeria, Benin and two others excluded political refugees like Igboho and his wife, Ropo, from being extradited.

The PUNCH gathered that the Federal Government planned to extradite the activist on Wednesday (yesterday), but Benin Republic insisted that it would not be part of any process that was against due process.

Speaking on The PUNCH interview programme on Wednesday, former NIIA DG Akinterinwa advised the Federal Government to halt the use of force on agitators and explore amicable resolutions.

Responding to a question, Akinterinwa said, “At the level of Benin Republic, if you are talking about arm-twisting, an elephant, even a lion, as big and powerful as he is, if it is bitten by a small mosquito, then you can know the consequences. It is not a question of whether Nigeria is big and powerful that you can arm-twist anybody, no, it doesn’t work that way.

“So, even if you close borders all along, borders are not closed against the immediate neighbours, they are also closed against the French. So, any battle, any arm-twisting that you are thinking of should be put in the context of French interest and particularly the Francophone interest. Any misunderstanding between a Francophone country – whether an immediate neighbour or far-distant neighbour – is necessarily an issue at the level of Nigeria and the Francophone community; they think alike, they work together, they address issues together.”

He warned that the Federal Government, by going hard on self-determination advocates, was provoking them to become violent.

“Nigeria can be big; nobody is saying you are not big or more powerful but it took just two terrorists to lock down the twin building in the US (United States) and for thousands of people to be killed and for America to now sit tight.

“We are treading on the same path. I think it is Shakespeare that said in Macbeth that there is no art of finding the human construction from the face. In this case, who really is the terrorist? The terrorists fighting on the battlefield are different from the terrorists that are funding them or that are outside.

“We are moving towards a situation whereby the Pro-Igbohos, the Pro-Kanus, the Pro-Self-determination (people) etc may begin now to make bombs themselves and be throwing here and there and the whole country will be disorderly. We need application of basic thinking,” he said

Akinterinwa stressed that the clampdown on agitators was not the solution but a mediation process where all parties would sit at a table and dialogue.

“If any President of Nigeria is sincere about wanting to govern Nigeria (with due respect to all others), please sit down, strategise, ask people to come: ‘What really are your grievances? Okay, if you want to be sovereign, in which way will the interest of all others? We are all brothers and sisters’,” he stated.