The incident was coming barely a week after two motorcyclists were swept away by flood at Oka area of the town after heavy downpour. 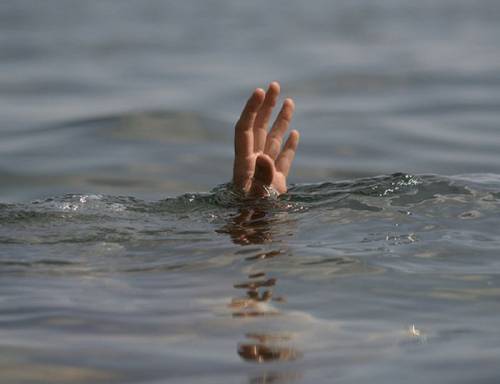 In what will come across as a really horrific development, two persons have been confirmed dead in Ondo town, headquarters of Ondo West Local Government after drowning in a river in the town.

The incident was coming barely a week after two motorcyclists were swept away by flood at Oka area of the town after heavy downpour.

Following the incident, people in the area trooped to the scene of the incident as they were in a pensive mood over the development.

According to sources, one of the victims had gone to the river to fish while the other was at the river to pack sand when they both met their waterloo.

With their lifeless bodies recovered by local divers, James who hailed from Isoko, Delta State was said to have fallen into the river when he was fishing while Akinade, who was packing sand tried to rescue him but were not lucky as both drowned in the process.

Speaking on the development, an eyewitness, Mrs. Christianah Olugbenga, said when the incident happened, the victims screamed for help but it was too late before arrival of the local divers.

Lamenting over the development, a Chief in the area who craved anonymity, disclosed that water-related incidents in the community are becoming a huge concern, as he stated that the incident might have spiritual implications.

“About a week ago, an incident like this happened and claimed lives. Today, it happened here and there was no flooding in this area this time around. I think it is high time community leaders stood up and did the needful to stop these tragic incidents from continuing.”

On his part, the chairman, Ondo West Local Government, Mr. Ebenezer Akinsulire who visited the scene of the incident assured that steps would be taken to forestall such incident from happening in future.