A statement signed by Legborsi Yamaabana, the group's President noted that the protest will hold on Tuesday and that youths will throng the streets. 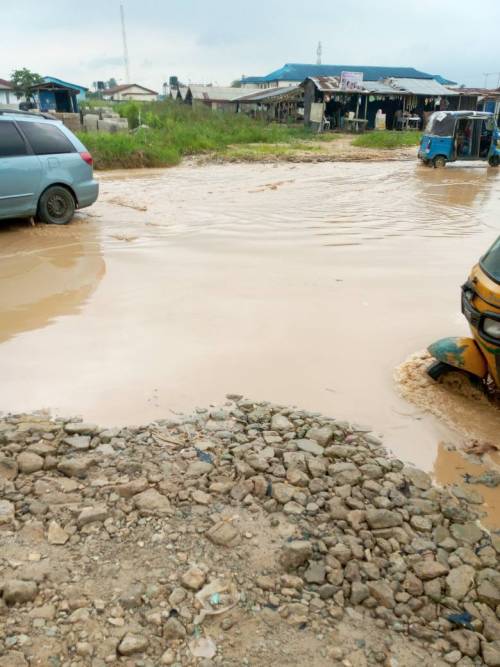 According to a report by SaharaReporters, the members of the Ogoni Youth Federation in Rivers State have revealed plans to stage a massive protest at the Ogoni axis of the East-West Road due to the deplorable condition of the road.

A statement signed by Legborsi Yamaabana, the group's President noted that the protest will hold on Tuesday and that youths will throng the streets to register their displeasure over the government's neglect of the road.

According to him, the youths of the community had given a 14-day ultimatum to the government after a warning protest they held at Aleto bridge recently, calling for the reconstruction of the road alongside the flyovers at Akpajo, Aleto, Alesa and Onne junctions.

He argued that there are huge economic values expected to be benefited from the road, which he described as one of the reasons why it should not be abandoned by the government.

He stressed that commuters and others using the road are subjected to untold hardships.

A statement sent to SaharaReporters read, “Upon the expiration of the 14-day ultimatum to the Federal Government during Ogoni Youths' warning protest at Aleto Bridge by the Ogoni Youth Federation to inter alia commence the reconstruction of the deplorable Ogoni section of the East-West Road, together with four (4) flyovers at Akpajo, Aleto, Alesa and Onne junctions respectively.

“After due consultation with various groups and critical stakeholders, the Ogoni Youth Federation (OYF) in conjunction with other pan-Ogoni groups hereby invites the media, friends of Ogoni and Ogoni people from all kingdoms, towns and local government areas to the 'mother of all protests' over the dilapidated state of the East-West Road."

The statement said the protest will start by 5am on Tuesday, July 27, 2021, and will take off at Akpajo Junction, East-West Road in the Eleme Local Government Area of the state.

"The Ogoni axis of the East-West Road is the only link to the Port Harcourt Refining Company, Indorama Petrochemicals, Nigerian Port Authority Onne, Oil and Gas Free Zone Onne and about 300 multinational companies.

“Despite the aforesaid and the huge economic value of the road, the Federal Government has refused to fix it, thereby infusing hardship on our people and commuters. We have suffered for too long. Enough is enough! Come and be part of the move to alleviate the suffering of the people. History is our side; God is on our side," it added.