IPOB has accused three prominent Igbo leaders of working with the Nigerian government to rearrest and repatriate Kanu from an undisclosed African country. 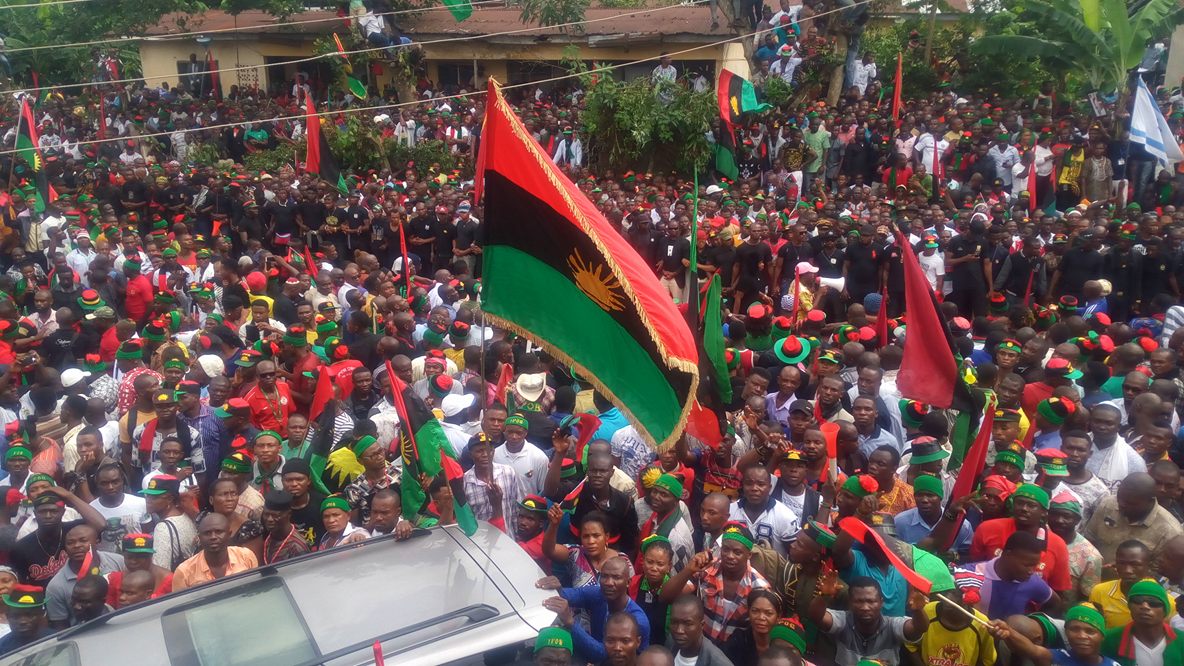 IPOB
The Indigenous People of Biafra has accused senator Orji Uzor Kalu of betraying their leader, Nnamdi Kanu.
The group also named Archbishop Emmanuel Chukwuma of the Anglican communion Enugu and Arthur Eze of Anambra State among the two others who worked with the Nigerian government to rearrest and repatriate Kanu from an undisclosed African country.
In a statement by its mouthpiece, Emma Powerful, IPOB claimed that they betrayed Kanu due to their selfish interest and political gains.
According to Powerful: “Following continuous investigations over the betrayal and unlawful rendition of our Leader, Mazi Nnamdi Kanu from Kenya to Nigeria, we the global family of the Indigenous People of Biafra (IPOB), have discovered more Igbo politicians, greedy business men and religious leaders involved in the heinous crime.
“Just as we noted in our earlier statement on the list of traitors involved in this abominable act that we would continue to update the list as investigations continue, we therefore, wish to update the list based on our latest findings.
“After thorough investigations by our intelligence unit, the following saboturers were found to have played various roles in the unholy act: Archbishop Emmanuel Chukwuma of the Anglican communion Enugu; Senator Orji Uzor Kalu; Arthur Eze na Ukpo of Anambra State; the Supreme Court Administrator of Imo State, Hope Uzodinma; Chukwuma Soludo; Gov. Nyesom Wike of Rivers State; Emeka Offor; and Dr Chris Nwabueze Ngige.
“While Emeka Offor and Nyesom Wike were the main financiers that bankrolled the project, others played various roles in the act.
“There are yet few other individuals still under investigation to ascertain their levels of involvement, and we shall not hesitate to update the list as soon as more discoveries are made.”
IPOB had accused Governor Nyesom Wike of Rivers State; Minister of Labour and Employment, Chris Ngige; business mogul, Emeka Offor of conniving with the Nigerian government to apprehend Kanu.
Top Stories