The siblings from Japan made history winning gold on the same day at the ongoing Olympics. 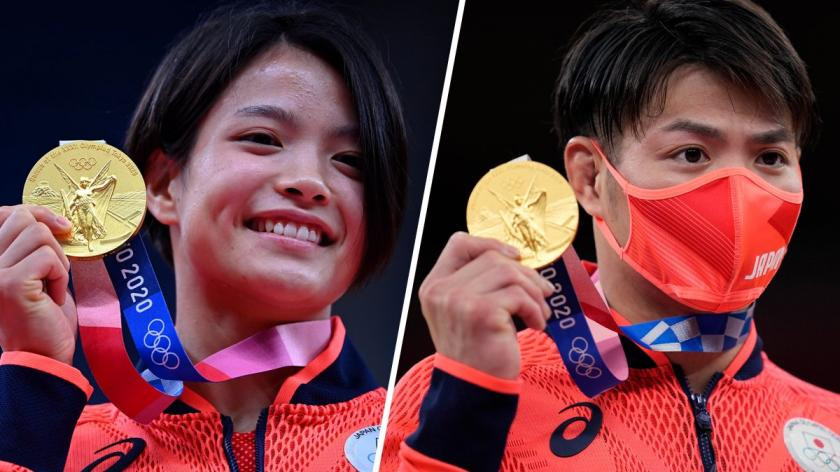 The siblings made history winning gold on the same day
Two siblings from Japan have written their names into the history books after winning gold on the same day at the ongoing Olympic Games in Japan.
The Japanese siblings Abe Hifumi and Abe Uta are the first to win Olympic gold medals in individual sports on the same day. Interestingly, they did it in the same sport and won their medals within minutes of one another at the Nippon Budokan.
Judoka Uta Abe triumphed in the women's 52-kg category in Tokyo this week, hours before her brother Hifumi took gold in the men's 66-kg final, making history as the first siblings to win gold medals on the same day.
"This was a dream for us," Uta told reporters, when asked about achieving simultaneous golds with her brother. "It makes me believe dream comes true as long as I try to achieve it."
Uta and Hifumi hugged and congratulated each other after the post-match ceremony.
"I was touched by how they encouraged each other," Prime Minister Yoshihide Suga said on Twitter in congratulating the Abes.
The feat came a day after triple world champion judoka Naohisa Takato secured Japan's first gold medal with victory over Taiwan's Yang Yung-wei.
Top Stories