A close family member disclosed that the abductors are demanding a sum of N100 Million as ransom. 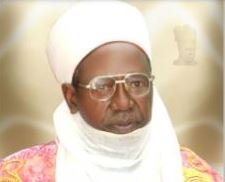 The bandits who abducted the ruler of Jaba Chiefdom, the Kpop Ham, Danladi Gyet Maude, in Jaba local government area of Kaduna State are seeking the sum of  N100 million for his release.

Danladi Gyet, who is believed to be the oldest traditional ruler in Northern Nigeria, was abducted on Monday by gunmen in his farm at Gitata community, Nasarawa State, a boundary between the two states.

According to reports, the 80-year-old royal father was in the farm with his driver and a security guard but he was picked and whisked away by the gunmen leaving the two.

A close family member, who preferred not to be mentioned, confirmed the demand.